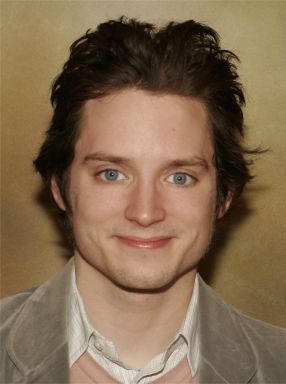 This is the only dream I remember from last night, it started in a building that looked like a brighter & bigger version of the L Technology Building.

The boy was probably in junior high school, and they met in a secret FBI room in the building.

There was something very odd about this meeting and their relationship, and it seemed very inappropriate and probably homosexual.

They were talking about something, and the FBI agent was your typical ideal good guy Christian type except that he seemed to act differently around this boy.

I am not sure if they hugged or kissed or anything, but they did seem too close and not in a friend or family type way.

After their meeting the FBI agent went back to his job, which was in a room that was like a 4 bedroom apartment / office.

There was a living romo, kitchen, dining room, bathroom, 4 bedrooms, but one of the bedrooms was probably an office.

Standing in the kitchen area was the FBI agent’s boss, who did not look happy.

The boss told him that he had found out about his inappropriate relationship with the boy, and that even though he was a good FBI agent, he had no choice but to fire him.

The FBI agent was shocked and the boss felt sorry for him, but he knew that he could not allow him to continue his job.

The FBI agent looked devastated, like he was going to die or explode, but before he could do anything, a man ran into the room.

It was a man who looked like the actor Elijah Wood, he ran in screaming, and he attacked the FBI agent like a wild animal.

There was a female FBI agent in the room as well, and the boss & her ran into the hallway.

I was in the hallway and the fight followed them into the hallway, so the boss, the female FBI agent, and I ran; but the fight kept following us like a magnet.

We ran to the end of the hall and the two men fell to the ground wrestling, but as they fell, three floating pieces of flooring like flying carpets or something, went under our feet.

One went under the two men fighting, and it came from the direction that they were looking at.

One went under the feet of the boss and the female FBI agent, but I do not know from which direction it came.

One went under my feet, and it came from the opposite direction that I was facing.

I looked down and I think I saw something that looked like a piece of a basketball court or courtyard, and my first thought was school or college.

The two fighting men stopped fighting and they looked at me, and I think they said that I was facing or going in the opposite or wrong direction of my path.

But before I could ask them and/or think more about it, I woke up.

That was interesting, a dream that ended with some of the dream characters giving me a message.

To me this dream was about conflict, decisions, and the path they mentioned at the end (which I am not sure what/which path they were talking about).

To me that FBI agent had a conflict with himself, and made some bad decisions.

His decision to start that relationship and leave work secretly, was a mistake (going down the wrong path).

His bad decision cost him his job, and the man who attacked him, also represented conflict.

They fought each other and they both were very similar, and so I think that represented an internal conflict with himself.

I know it is just a dream, but I do find it interesting.