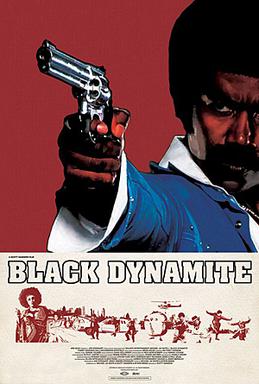 I woke up during the night about two times to use the bathroom remembering part of a dream each time but I did not voice record the dreams or think about them much and I went back to sleep both times,  unfortunately, but somehow I barely remember part of three dreams.

The first dream started during the day at an apartment and I was in an apartment room that was also a classroom with a few of my former classmates like MT, LT, maybe DH, MB, BH, BH, et cetera (who I talked to, ate with, drank with, et cetera during the dream) and a few unknown students; but I can not remember if we had a teacher or not, I just remember that sometimes we did school related things, sometimes we ate food and drank that was made by someone from the kitchen which was our version of a cafeteria I guess, and the rest of the time we would hangout and I remember a fictional TV show that was being watched often and maybe we were briefly in the TV show a few times.

The fictional TV show was a bit like the film Black Dynamite combined with the TV show Kung Fu, the main character was always played by a different actor each season who always had brownish colored skin with blackish colored hair, and the main character was a great fighter/martial artists/warrior who seemed to travel around the world fighting to help people; and the TV show was an action, drama, comedy it seemed.

A few times our class might have been in the TV show and maybe we got saved a few times by the main character but I can not remember, but I do remember several of my classmates being fans of the TV show and they would talk about who they wanted to play the role of the main character each new season and what direction they wanted the story/plot to go; and I would listen to them, share my ideas, and maybe my ideas were shown as daydreams or as dreams within a dream but I am not sure.

The dream probably took place over a period of several days/weeks/months and most of the dream probably took place inside the apartment/classroom/TV show, but I remember going outside at least once during the dream; and it was bright outside, the apartment was built like a multi-story motel that was a reddish color, there was a parking lot, and we were in the middle of nowhere but that is all that I can remember.

My second dream probably also took place of a period of several days/weeks/months at a dimly lit restaurant with a bar-like area that I would visit each day or on certain days, and one of my former classmate’s (who is older than me and who was a grade higher than me back in high school) worked there whose name I can not remember (back in high school from a distance I once briefly saw part of him getting initiated in a school gang/group by getting beat-up/hit by each member of the gang under the stairs to the second floor of D High School).

He has light-brownish/whitish/yellowish colored skin with short brownish/blackish colored hair and he was good at basketball back in high school but he was a ball-hog and he was very over-confident/prideful but full of life/energy, anyway, in the dream he worked at the dimly lit restaurant that was owned by a somewhat older man with whitish colored skin with grayish/whitish colored hair I think who probably seemed a bit like a former rough/tough sailor or fisherman; and it was a nice quiet restaurant that was a bit like a diner/restaurant/bar, and most of us customers were regulars.

I would probably greet my former classmate on the days that he was working while I was there, but sometimes I would be there when he was not working and a man who looked/spoke like/acted like the singer Lenny Kravitz would be working there instead behind the bar/cash-register-like area; and one day when the man who looked like Lenny Kravitz was working, my former classmate came to briefly talk with him, and so I heard them talking as I ate my food/whatever at my table.

My former classmate asked the man who looked like Lenny Kravitz if he was going to go clubbing/to the club with him tonight but he said probably not/that he was not sure, then my former classmate asked him if he was messing around with/pursuing a certain woman, but he said no because the woman was dating a certain man who(m) they knew (a tough/violent/somewhat powerful man).

My former classmate said: “So what?” and the man who looked like Lenny Kravitz said:

“I am not about to get my head cracked / busted open trying to chase after someone else’s woman, you can if you want to, but I would not recommend it. *He Smiles And Laughs, And Then They Both Smile And Laugh*”.

My former classmate then tells him that he is right/correct, now energized by the conversation and getting too relaxed my former classmate starts to talk loud enough where everyone in the restaurant can hear him, and then he starts talking loudly about something that he should not be saying in front of the customers; and he loudly says several racist things during this like:

“I ain’t going let no white man tell me what to do, you think that I care about what these white people think and say about me, *Censored* white people!”.

I was annoyed/offended/disappointed/et cetera by this (not only do I hate racism but I hate the idea of race among humans, because I do not think that race exists among humans at this time, and I think that we are one species with no separate races/breeds) and I look around to see other people’s reactions (but I can not remember their reactions), and the man who looks like Lenny Kravitz is trying to get him to be quiet and is trying to tell him that he is wrong/going too far/being offensive/could lose his job/et cetera; and maybe he finally quiets down a bit, but that is all that I can remember of this dream.

The last dream is the most unclear but I remember there being three witches who were very close and the three of them had their own group (just the three of them), one of the witches looked like the actress Sarah Jessica Parker, and her magic/powers were visual/visual based but that is all that I can remember about her powers/magic.

The three of them split and went their separate ways one day, years later after not seeing or communicating with each other for years one of the witches saw the witch who looked like Sarah Jessica Parker while they were walking outside and/or shopping, and she stopped to greet her.

She asked her how she was doing and if she was still using her visual/visual based magic/powers, but I woke up.