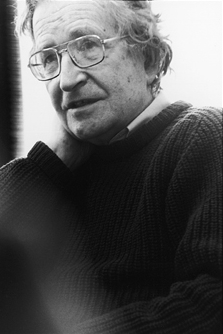 I was sleeping well last night for about 4 hours and then I started waking up a lot looking at the clock because I have to get up early this morning to do something, and so this stopped me from sleeping well after that or staying a sleep for very long; and so I forgot all of my dreams except for barely part of three dreams.

The first dream from last night was really a series of thoughts/semi-dreams/dreams/daydreams/et cetera that I had during the night about the film The Purge, which I was watching before going to bed last night but I did not finish watching the film yet because it got too late, but that is all that I can remember unfortunately.

The second dream took place in a dark underground cave cinema that seemed to be literally in an underground cave where the entrance was the highest/tallest part of the room after the ceiling of the cave which was the highest/tallest, so the seating went down an incline like at about a 45 degree angle getting lower the further you walked from the entrance, and the screen was on the cave wall in front of the seating area; and the cave wall holding the screen was separated from the seating area by a deep hole/drop in the cave that was so deep that you could not see the end of it and it was too dark to see down the hole really.

After all the previews/et cetera the newest film in this possibly fictional film series was going to play and Mr. Chomsky was looking forward to watching it, while we all waited I remember moving around to different seats talking to different people, and at some point it was almost time for the film to start; but that is all that I can remember of this dream.

The third and last dream took place during the day/late afternoon/early evening in a fictional city that was somewhat like the city of LC but larger and it looked slightly different, I was there in my automobile like I was visiting the city with one or more people, and one of these people was a late middle-aged over-fat/maybe level 1 obese woman with light brownish colored skin with very short yellow colored dyed hair who looked/acted like a female comedian whose name I can not remember.

It seemed that we were going on a dinner date or we were going to have dinner somewhere, I remember us driving and we got a phone call from Reverend WR who was one of the other people who were/was also visiting the city with us, and said he was going to meet us by a restaurant; and we saw him standing in the middle lane of the street near the restaurant, and so we picked him up.

Reverend WR said that he had been at a house with the others not far from here near a Family Dollar store I think, and then we all drove to the restaurant near us to eat/drink after we invited Reverend WR; and I remember us eating/drinking/talking, and at some point Reverend WR left early leaving the woman and I still eating/drinking.

At some point we got carry-out containers to put our left-over food in, and then we got ready to leave to the house that Reverend WR had told us about; but I woke up.