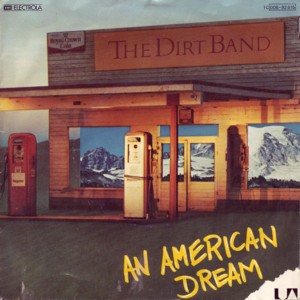 Once again I do not feel like typing my dreams, but I will try to quickly/lazily type them without worrying about skipping details and making mistakes.

My first dream was a pretty detailed dream but I forgot most of it, this dream and the second dream seemed to share a theme about trying to resist peer pressure in group situations, and the first dream took place probably during the day in a fictional place that seemed to probably be in the Southern United States.

A zombie-like disaster seemed to be taking place where I and maybe some of my family were with a group of other survivors inside a building that belonged to a family who had whitish colored skin who ran a business from the building, and who lived there on this maybe farm-like property.

I was just trying to survive so I tried to resist this quietly by trying to stay independent but the family kept trying to convert everyone as the leader of the family (the father) would preach/talk to us like he was trying to sell us stuff, preach to us, peer pressure us, teach/train us in the families culture/rules/et cetera, et cetera.

While he was preaching/talking to us he started questioning me in front of everyone asking me if I believed or not because he noticed that I seemed to be quietly keeping my distance, I did not answer his question and I told him that I was just trying to survive and not get involved with their religion/beliefs/et cetera, but before he could finish peer pressuring me we got attack by zombies/whatever because someone failed to follow the safety rules/protocols which left an opening in our defenses.

We all rushed to deal with the situation and fix the opening in our defenses, we successfully did this, and then the father/leader angrily lectured the person who made the mistake and everyone else about the importance of following the safety rules/protocols which had kept us alive so far; but that is all that I can remember of this dream.

The second dream is even more unclear but I know that it was a detailed dream as well with various individual and group conversations, but like the first dream I can not remember those detailed parts of the dream unfortunately.

The dream took place during the day in a fictional place that was possibly where the apartment buildings in GA in the city of D should be where my female cousin TE and her family used to live, and I was on a bus with various people like: my mom, my brother GC, and our neighbors’ across the street at The B House.

The bus was driving around dropping people off at the various apartment buildings and like the first dream this dream involved peer pressure and maybe even surviving disaster-like elements/parts, and I remember once again having people and the group try to peer pressure me as I quietly tried to resist.

Once again the peer pressure involved religion, probably Southern American (USA) culture, politics/economics, et cetera as people brought up those various topics in our conversations; and as people questioned each other/me, and tried to peer pressure us into following their beliefs.

I remember trying to keep a distance while listening and learning about their beliefs while trying to stay independent/stand up for myself in a friendly way without getting into any arguments, and so I focused on not sharing much about myself/my beliefs and more on learning about theirs; and I had a good conversation with a man who(m) I can not remember, but that is all that I can remember of this dream.