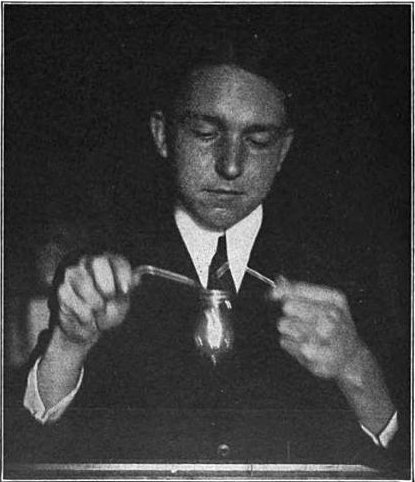 Now all that I can remember of my dreams from last night is that something detailed and strange happened that I can not remember now, and then I remember possibly driving from another city back to the city of D during maybe late afternoon or evening or night.

I went to The E House because I needed to use the bathroom, I possibly needed to check the house, and I was considering spending the night there.

I went to the bathroom by the kitchen, while urinating I noticed two guns (possibly very short lever-action rifles or shotguns or some handguns)  mounted on the wall, and I noticed two long red shotgun-like shells by them that looked like .410 bore.

One of the guns was partly loose so I adjusted it properly after I used the bathroom, I checked the house, and I thought about spending the night since no one has lived there since my grandfather CE died but I did not because I had not gotten permission so I left.

The next thing that I remember is possibly being in New York inside a multi-purpose airport/station-like building where many people from around the world would arrive and maybe leave from, and some people were selling things in certain areas.

I was with a group of people (men, women, and children) with white skin who were possibly family members of my former male classmate JC, they were possibly on their way to a wedding or something like that but I am not sure, and I have no idea why I was with them or following them (maybe they were helping me by helping me reach a certain place because they knew this area, and I did not).

At least one woman in their group was probably pregnant and had one or more children, and at some point I remember us going to a waiting room-like area that seemed to be under a bridge or bridge-like structure.

There were various people relaxing in this area, including some old men with white skin with white and/or gray hair who were locals who seemed to often hang out here, and at some point after walking from another area back to this area the old men performed a trick with some light bulbs for me.

They each had a light bulb in their hands with the bottom of it touching their palms and they each probably had their elbows touching, and it seemed that their bodies were lighting (providing electricity to) the light bulbs.

I asked them how were they doing this, before I could try to figure it out, one of the old men and/or one of the people I was with showed me some cell (button) batteries and light bulbs with the bottoms screwed off showing that the light bulbs were trick light bulbs that were battery-powered.

They smiled and laughed, they explained that this is a trick that they do to help them sell these trick light bulbs and batteries and maybe some other things, and so they were salesmen.

Some younger men in their family arrived wearing somewhat outdated suits and hats (some with feathers in them), the old men introduced them to me by name and they all had names that sounded similar, and they told me at least one unique thing about each of them that helped to tell them apart.

At some point it was time for us to keep moving so I followed the others to another area, we went through a door and down some stairs into a sunken area that was lower than the other rooms, but I woke up.