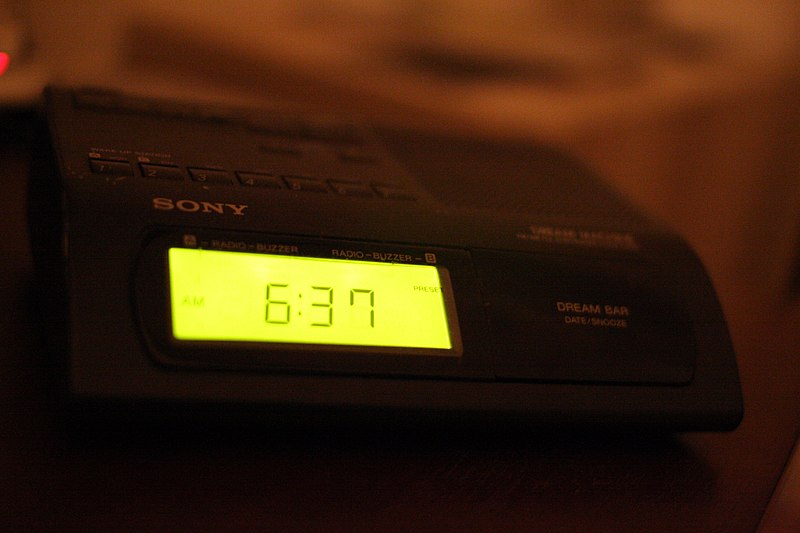 I woke up again later suddenly when my alarm clock fell on me somehow 😀 , I woke up quickly in confusion after feeling something land on me, and while I was trying to make sense of this my memory of my dreams were fading quickly (including some of my previous dreams).

I put my alarm clock back on top of the television and I went back to sleep again without voice recording my fading dreams, and so now I can only barely remember part of two dreams.

I had more dreams and there were a lot more details to them, but unfortunately I can not remember most of my dreams now or most of the details of these two dreams so all the interesting details are missing now.

My memory is too unclear but this dream possibly involved the outskirts of a college-like area, the topic of anime that was probably inspired by a negative comment toward anime that my former male classmate JC made recently 😉 , the topic of a Facebook conversation that I had with my former classmate JC, and a hill next to a parking lot near or on the edges of the college-like area where some non-human animals were and some video game-like things happened.

This dream took place during a nice sunny day in several locations near or on the edged of a college-like area, one place that I kept passing through was a parking lot with a hill on the left side of it, and I remember thinking about various things like my recent Facebook conversation with my former classmate JC and anime and several other things that I can not remember that happened in the dream.

At some point I went on the hill which was flat but was higher than the parking lot below, and I probably saw various non-human animals (including some dangerous ones) as I explored the hill.

There was maybe something video game-like about this hill that I can not remember, possibly some challenges and puzzles and threats and rewards et cetera, and at some point I left and then I returned.

This time there was a man and a woman with me or who joined me on the hill, and together we explored the hill and maybe completed some of the video game-like challenges and avoided and / or dealt with some of the threats.

I remember us talking about anime and various other topics, I shared some knowledge with them of things that I learned about the hill from earlier and I gave them some advice on avoiding some of the dangerous non-human animals, but that is all that I can remember of this dream.

All that I can remember of this dream is that it involved me thinking about a continuation of the Facebook conversation that I had with my former classmate JC, and I remember the topic of our former male classmate SS being a topic that I thought about.

I wondered if our former classmate SS had returned to any of those countries in Europe again, but that is all that I can remember of this dream.