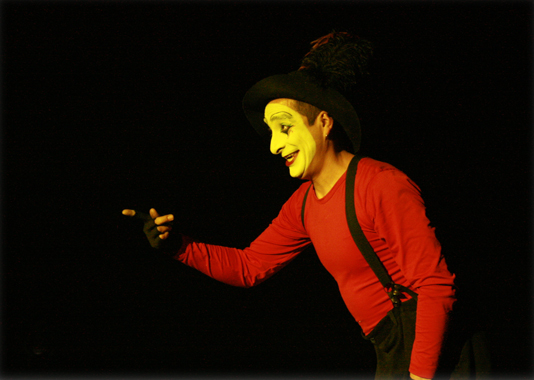 I had more dreams but I did not record them, and so now I can only remember the end of my last dream.

I am not sure what time of day it was because it was pretty gray I think, I just know that I was in the living room at my parent’s house, and I looked out the window by the back door.

Outside at the semi-abandoned house I saw what looked like a moving crew moving stuff out of the house and possibly cleaning, and so I assumed that our semi-neighbor T finally got kicked out after doing various things like damaging the house with a tree that he cut down for no clear reason and it fell on the house in real life last week. 🙈

Then I noticed a man with light-color skin with maybe brown hair who I assumed to be middle-to-upper class directing the moving crew but his back was facing the window so I could not see his face, they were carrying what seemed to be a nice classical(?) wooden armoire (wardrobe) and maybe some art and nice classical furniture, and so it seemed that they were also moving in things like we were getting new neighbors so I assumed that the man with light-color skin was one of them.

It also seemed that the moving crew were possibly remodeling the house as well, but even in the dream I was not sure at first but I guessed this in the dream; and later it seemed that I was correct.

I stopped looking out of the window because I wanted to tell my brother GC, and so I waited for him to enter the living room.

I looked back out the window and I saw a man with light-color skin with brown hair with his back facing me where you could only see part of his side (including part of the side of his face) standing in the backyard of the semi-abandoned house painting with a paintbrush while holding a palette with paint on it as he painted on a canvas that was on an easel, and his painting was an almost halfway done portrait of a woman with light-color skin wearing fancy old European-style clothing and the woman looked like she was from that older time period and part of the background had a nice blue color that I assume was part of the sky but I have no idea and there were some other colors as well in the background.

The color and style of the painting somewhat reminded me of a Claude Monet painting that I saw yesterday at work in the room of my coworker Mrs. S except more detailed and the colors were a bit brighter, I am not sure if the colors were watercolor or not, but the style was probably impressionism and maybe part realism but I am not sure other than it was probably mostly impressionism.

The man’s painting looked great so far and I was impressed, I assumed that this was one of my new neighbors, and I was excited for the possibility of finally having neighbors that you will probably want around and that you will probably want to talk to and who may actually improve things where they live and in the neighborhood instead of making things worse; and I was curious to ask him about his painting, and I hoped that maybe he would teach me how to paint.

My brother GC was in the living room now watching something on his laptop with headphones on so I waited for him to stop before telling him what I saw, and so I looked back out the window.

I am not sure when I first saw this but I saw a black and brown puppy that was possibly a Rottweiler or a Rottweiler mix, I possibly saw it in the semi-abandoned yard first but I can not remember, and now it was in our yard by the dogs.

Either before this or after this I looked out of the window again, and I saw a thin man with light-color skin with his face probably painted white or he was wearing white makeup et cetera like a mime and he was wearing a fake Queen’s Guard uniform (red coat) with hat (which was shorter than the real version so I knew that it was fake because of that) while standing in our yard right below the window that I was looking out of and he was looking up at me smiling and acting like a mime so he did not talk.

I was surprised by this and I felt awkward, I also wondered why the dogs were not barking at him (they seemed distracted by the puppy I guess), and it was slightly creepy.

I smiled and waved at the mime awkwardly, he smiled and waved back and he continued looking at me smiling, and I waited to see if he would say something or signal what he wanted but he did not.

The other man was still painting and the puppy was still in our yard, I assumed that the mime was possibly one of our new neighbors as well, and that maybe this was his strange artistic and eccentric way of saying hello.

I then stopped looking out of the window for moment because it was awkward, and I stopped to think about things.

I wondered how did these assumed new neighbors find out about the city of D and Eastside and why would they ever want to live in our poor neighborhood and our boring small city when they seemed to be middle-to-upper class, but I was glad that they did and it was nice to have some more diversity in the neighborhood and people who seemed to be about to improve things.

I never expected middle-to-upper class people to ever move into our lower class neighborhood, especially people who seemed to be artistic and who seemed to have some nice classical stuff, and I never would have expected them to move into an old simple house like that which is in need of repair and remodeling (especially after getting damaged by a tree recently).

I was excited about this and I wondered about the possibilities, who would thought that dream / ideal neighbors would possibly ever move into our neighborhood, I never did but I wished for it.

I started to tell my brother GC what I saw, but I woke up.