Part of this dream possibly took place at a diner and something was not working, but that is all that I can remember of this dream.

All that I can remember of this dream is that maybe I got a telephone call or something telling me that I was chosen to be in a movie that was going to be directed by the actor Steve Buscemi; and that they wanted me to go to a certain location at a certain time.

I have no acting experience or acting skill and I had not auditioned et cetera so this was a surprise and confusing, but I agreed to go check it out at least.

I remember going to a certain indoor and outdoor location during the day when it was late in the afternoon and grayer and darker or it was early evening, and I guess some of the filming for the movie was going to take place here.

There was a cafeteria set up so we all got to eat and drink, even those who got rejected, I remember waiting in line and talking with people et cetera.

I saw that some preparation for filming were being started, it was very early stages, but from the clues it seemed that part of the movie was possibly going to involve the military and soldiers in basic training and/or some sports and other physical activities.

At some point I got to meet Mr. Buscemi, he told me that I did not have to worry about auditioning or anything because he had chosen me himself, and he said that he had somehow checked me out and felt that I would be a good fit for the role/character that he had in mind.

I told him that I had no acting experience or acting skill and that this is probably not something that I would be good at or even able to handle, he told me not to worry and that he felt that I would be a good fit, and I agreed to at least give it a try.

He did not tell me much about my role or who my character would be or what the movie was about, he told me that the studio was worried about leaks, and so they were keeping things secret.

Mr. Buscemi told that this movie project was a personal project of his that he has been working on for months and maybe years, that he felt good about it, and that he looked forward to finally bringing it to life.

I thanked him for the opportunity and that I hoped that I would not let him down, and then I walked away so that he could meet the next person.

I still could not believe that this was happening and I was still confused by how Mr. Buscemi had chosen me because I do not have any video or audio of myself online for him to see, and so I wondered if he had just saw and heard me somewhere and felt that I was a natural fit for a certain role/character.

This was one of those opportunities that you do not pass up no matter if you are shy and have social anxiety et cetera, I had no idea how much money I would make and I did not really care, this was my chance to see what it is like behind the scenes of a movie and to be part of it.

I imagined that it would be interesting to see myself in the movie credits and in the movie itself if they kept any of my scenes, and I wondered what my coworkers et cetera would think. 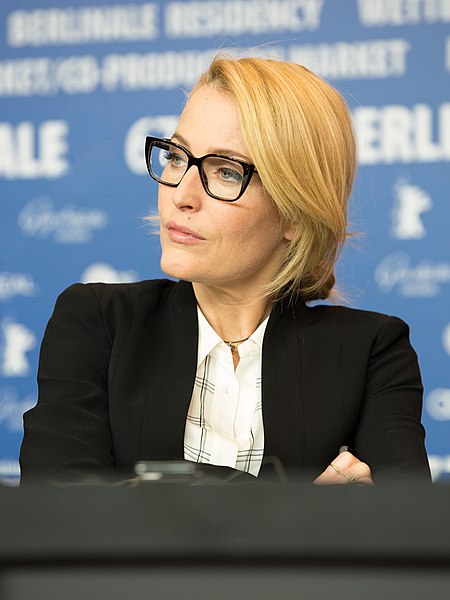 All that I can remember of this dream is that maybe a technology trade show was going on but I am not sure if I was in the dream or not, and I remember seeing a presentation that was taking place in a dark room on a stage with theater curtains with a light focused on the area where the presenter and actors were.

At some point the presenter gave the microphone to the main actor so that he could say his lines, probably a slogan or something like that, but the actor completely messed up his lines and it was very embarrassing and awkward.

All that I can remember of this dream is that it took place during the night at what I will assume was a fictional version of my parent’s house, and I remember walking outside into the fictional back yard because I possibly saw and / or heard something.

The yard possibly had two fenced in areas with one area in the back and one of the right side of the house, and I saw a loose pig (probably a male pig that was probably loosely based on the pot-bellied pig that my parent’s have) walking around the yard so I went to try to tie it back up in the fenced in side part of the yard.

There was a metal cable (wire rope) above the yard that crossed the back fenced in area and the side area, and so I was going to try to tie the pig to that after tying it to another rope first so it could move up and down that cable but I would adjust the rope so that the pig could not enter the back yard.

The pig probably was avoiding me at first as it walked around enjoying its freedom while trying to find something to eat but eventually I managed to get a rope tied to it, then I lured it to the side yard, and then I tied the rope to the cable so that it could not reach the back yard.

All that I can remember of this dream is that it took place during the day on an upper floor of a nice modern multi-story multi-purpose building that had offices and a college and who knows what else inside of it, and I was inside this building.

There was a hallway that went through the office areas and there was an office meeting room / house area where I saw Mrs. Anderson, and she was standing against the back wall in the small house area where there were windows that gave you a nice view of the outside.

In front of the house area were chairs for meetings with maybe a podium at the front, and Mrs. Anderson was waiting on some business-like people so that they could have a meeting about a future project and / or something.

The house area was small and simple and was at the back of the room so there was at least one couch, maybe a couch bed, at least one table, some other furniture, et cetera so it was like a small hotel or apartment room at the back of an office meeting room.

I was probably on my way to the college parts of the building, and so I walked through the hallway past and / or through Mrs. Anderson’s room.

Later in the dream in another time period I assume I think that I was walking through this floor of the building again when I saw and heard three young people with light-color skin sitting down talking about Mrs. Anderson, one of them was a young man and the other two were young women with one of them having short yellow hair, and they were possibly part of a radio program or podcast that was possibly being led by the young woman with short yellow hair but I am not sure.

The conversation moved on to whether Mrs. Anderson was getting royalty payments (from the X-Files I assume, but I am not sure) or not and how much if she was, and the three young people argued about this.

After this argument they moved on to the topic of the house area in the office meeting-like room, and they said that it belonged to Mrs. Anderson.

They claimed that the house area was given to Mrs. Anderson to use whenever she is in this city for meetings or visits or vacation et cetera, but they said that she did not use it much and when she did it was usually just for meetings and to relax and maybe get some sleep after a long flight and when passing through the city on vacation or something.

I then started to walk to the college area and I was going to glance at Mrs. Anderson’s house area to see if she was there or not, if she was there I would tell the young people, but she was not there this time and most of her own furniture in her house area was gone except for the furniture that was already there like someone had moved it out recently.

As I was walking toward some stairs and / or a hallway I noticed a row of small humanoid statues that looked strange, I stopped to look at them to see if they were alive, and then I realized that they were probably children wearing statue costumes who were pretending to be statues to surprise someone and / people.

I possibly saw some adults further back who were not wearing costumes, and for some reason I assumed that they were waiting to surprise Mrs. Anderson as part of a birthday surprise party but I am not sure why I assumed this.

I smiled and I continued walking past them, and then maybe something strange happened or I daydreamed this.

I think that some of the business-like people were in the office areas like they were getting ready for possibly another meeting with Mrs. Anderson or with someone else, and then maybe poor people from the college area near or with the assumed children dressed as statues started to run and attack the office area to attack the rich I assume.

Then maybe the assumed children dressed as statues or small statue humanoids if they were not children in costumes like I assumed and the adults if there were any, started to move toward the office area, and I assumed that they were going to Mrs. Anderson’s house area to set up her assumed birthday surprise party.

I barely remember part of my last dream which was a long and detailed dream, but I forgot most of the dream, and I forgot the other dreams that I had last night.

I remember being inside a large one-story, probably windowless building which was like its own small community because it seemed that we lived inside the building.