This dream was inspired by me watching episode 3 (The Absence Of Field) of the TV show Westworld (Season 3) before going to sleep.

This dream involved a Rehoboam-like system/technology called Valery or Valeri that seemed to be an advanced artificial intelligence (AI) that people could connect to using maybe an implant and/or external device.

END_OF_DOCUMENT_TOKEN_TO_BE_REPLACED

Here is part of the description for this short film by Crypt TV:

END_OF_DOCUMENT_TOKEN_TO_BE_REPLACED

I had more dreams and there was more to this dream, but I did not record them so now I barely remember part of the end of my last dream.

This dream probably started in a city inside a building that was next to a body of water near it and below it, and I was inside this building with various people including: Grace Randolph, at least one man and one woman with light-color skin, maybe some of my family, and some other people.

END_OF_DOCUMENT_TOKEN_TO_BE_REPLACED

I barely got 4 hours of sleep last night but I had an interesting long detailed strange transitioning dream or several dreams, but unfortunately I can not remember most of it or them because of all the transitions and details and how long it was and how strange it was.

The dream or dreams kept transitioning between indoor / outdoor areas without me noticing it, and some of the areas were partly made up of: fictional versions of my parent’s neighborhood, the street that The E House is on, and the area by The D Post Office and the feed stores.

END_OF_DOCUMENT_TOKEN_TO_BE_REPLACED 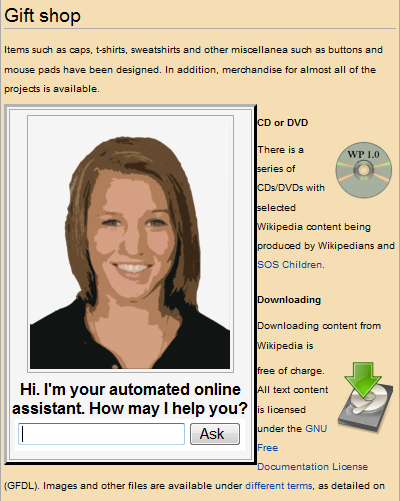 All that I can remember of this dream from last night is that it took place during the day, I remember being inside indoor and maybe outdoor areas at a competition with other people, and you had the chance to win the opportunity to name something (but I am not sure what).

There was an online component (part) of this competition as well because I remember being on a computer during some parts of the competition, but that is all that I can remember of this dream.

All that I can remember of this dream from last night is that it involved me being on a computer inside a house or building, I remember seeing and maybe getting to use an online computer program that seemed to be an artificial intelligence (AI) intelligent personal assistant and/or automated online assistant and/or something like that which another blogger was using to help them blog.

This program could help manage your blog, answer your questions, and it could even make posts and pages for you; but the technology was not super advanced, it was current level technology, and so it had its issues and limits but it was still pretty helpful.

I got to see and probably use this program on a blog, I saw it make several posts on its own which worked pretty well, but there were some problems that I noticed; and I probably tested its ability to answer questions about blogging, and its ability to help you manage your blog.

As I was watching this and experimenting with this program on a blog I would also sometimes stop experimenting with the program to manually do my own search through some pornographic videos on several websites trying to find the names of several possibly fictional pornographic actresses from many years ago whose names I could not remember, one of the pornographic actresses had whitish colored skin with long yellowish colored hair and the other had long medium-to-dark colored hair and maybe there was one more, but I probably never could find their names or their videos.

I jumped back and forth between those two tasks (experimenting with the program and manually doing my own search for the names of those pornographic actresses), I remember trying to avoid anyone noticing the second task, and I was going to communicate with the blogger who had told me about the program and whose blog I was possibly checking out to experiment with the program so that I could give them my opinions of the program so far; but that is all that I can remember of this dream.

All that I can remember of this dream from last night is that it took place during a very dark maybe somewhat foggy night with cool moist air, I was down a fictional street in a small empty gravel parking lot alone next to my automobile that seemed to be down the street behind the S Cable Company, and I got into my automobile to leave.

I could barely see out of my windshield because it was fogged up, it was very dark outside, and it just seemed more difficult to see through than normal for some reason.

I tried to drive up the street anyway and I turned on my defroster(s) which somewhat helped to slightly defog the windows but I could hardly see through them still, and when I reached the stop sign by the highway I could not see if traffic was coming from my left side because there was a large object (maybe a sign) blocking all visibility.

One or two automobiles drove by quickly so I started to ease forward instead of driving into the highway and I am glad that I did, because a car drove by very fast that would have hit and probably killed me, and then I slowly started to make a right turn toward the highway but I stayed on the right side (shoulder) until I could see; and I am glad that I did this because another car would have hit me if I had not done this, and I started to wonder if something or someone was trying to get me killed.

I saw another automobile driving up the highway but I had enough time to drive into the highway so I did, I then noticed that one of the reasons that I could not see out of my windshield was because there was a thin whitish colored veil-like curtain covering it, and so I started trying to move it out-of-the-way as I tried to drive up the highway.

This helped but it was still difficult to see and there was an automobile behind me and I did not want to get in an automobile accident or die, and so I made a right turn into a very narrow parking lot of a small business; but when I went to use my brakes, the automobile did not stop immediately, and so I started to slide a bit until it stopped which almost made me crash into a trailer (the kind that you carry things on and pull behind your automobile) that was at the end of the parking lot.

I then tried to reverse even though I could barely see and my brakes were acting strange again so I had to make some sudden turns and drive forward to avoid crashing into the sides of the parking lot, I wondered what in the world was going on, and I felt that it was too dangerous to continue trying to drive; and so I parked my automobile, and I was going to get out to inspect my automobile and maybe call for help but I woke up.