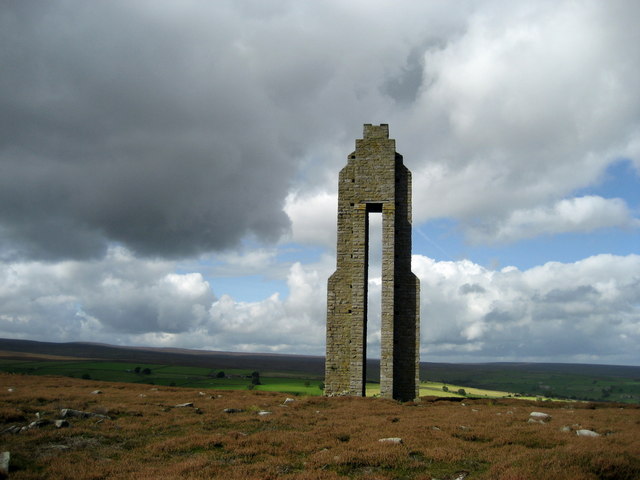 I barely remember part of several dreams from last night with the first dream involving me being in a kitchen with my mom, probably at my parent’s house, and she had just finished baking some fish; and I suggested that she put some lemon juice on the baked fish, she did, and we tasted it and the fish tasted good but that is all that I can remember of this dream. (When I woke up later there was frozen fish thawing in the kitchen to my surprise so I rinsed it, cut it, seasoned it, and I put some lemon juice on the fish 😉 )

I do not remember the beginning of my second dream but it seemed that the other dream characters (maybe some of my former classmates like DH/JC/et cetera and some unknown people) and I knew that we were dreaming but the dream did not seem lucid or even semi-lucid but I could be wrong, and we were playing/in a game where we had to disable alien-like towers that could shoot lasers that were located in various alien-like worlds/dream worlds; and if we died we would re-spawn in an area/building not far from the alien-like towers and we could continue the game, but if all of us died we would lose the game and we would have to start the game over again.

We won several levels of the game defeating several alien-like towers across various alien-like worlds/dream worlds as each level got slightly harder but overall they were easy, and at some point we were in what I think we/someone probably called an alien world/dream world in a desert-like place with maybe tan/light brownish colored dirt instead of sand that had several black colored alien towers with a glowing reddish color at the top of them that shot reddish colored lasers (the style of these towers slightly reminded me of something created by the character Aku from the animated TV show Samurai Jack); and we started at/from a building not far from the towers, and we walked closer to the towers to start the game.

Either something happened that I can not remember or somehow we knew/found out/predicted that these alien towers were different from the alien towers in the other levels and that this level was the hardest level, and that if these alien towers shot you that you would not be able to re-spawn and/or that you would die in the dream and maybe even die in the real world; and so the situation got serious because we felt that we could die in the dream and the real world if the towers shot us with their lasers one or more times, but even though we realized that we were dreaming we did not try to control the dream or use dream powers oddly and the dream did not feel lucid.

I/we decided to be cautious and to not start the game until we could find a safe way to win the game without risking getting killed in the dream and real world, and so we walked back to the building where we started from and oddly my mom was there; and I explained the situation to her, and we decided to go for a drive in what seemed to be an Earth-like world/Earth or another dream world.

My dad was with us as well now and we were driving in an automobile down a road listening to the radio in a fictional small L-like/D-like town during late in the evening or early night before it is completely dark, on the radio a man was talking about how recently the town had been having problems with vandalism and race related violence and how the town had a plan to start moving people around to different neighborhoods so that neighborhoods would not be so segregated by so-called race (but I doubted that the town was really going to carry out their plan), and at some point we drove to a school or college where the road probably ended at a loop/dead-end where some of the buildings for the school or college were.

This was a nice small college-like area with trees/grass/plants and some walking areas/sitting areas among the various school or college buildings, and my mom wanted to walk around and so we got out to walk around like we had been to this school or college campus before; and I remember telling my dad to not walk too close to the buildings because I was worried that the police would come thinking that we were trying to vandalize the school or college campus since they were probably on edge/on alert because of the recent vandalism and the race related violence in the town.

We walked toward the trees and walking areas, we called the trees oak trees but they looked a bit alien/unique unlike any trees that I have seen in real life probably but they seemed to be hardwood type trees that had somewhat whitish/light brownish colored trunks with soft thin bark(?) that was probably easy to peel with branches that looked a bit twirled together in certain patterns with maybe somewhat long and thin leaves, and this was a nice area.

It started to get darker outside and oddly I noticed some ends/tips of black colored and white colored cat tails with metal staples/stitches on the ground, my mom said/joked that maybe we could use those for a few of our cats or something strange like that, and then I noticed several black colored cats/kittens and maybe a few white colored ones walking around the area; and then it was completely dark outside like it was definitely night now, and I noticed something moving on the ground that might have been an opossum but it was too dark in that area for me to see what it was.

I remember walking toward an area that was somewhat like my grandfather’s yard near the laundry/storage building/house, more non-human animals were coming out now that it was dark and some of them seemed to be black colored mice and black colored rats, and I think that I had a small flashlight or was using my mobile phone for light at this point; but I felt something crawling on my chest, I looked down seeing a shadow of what seemed to be a black colored rat walking on my chest, and I put my hand on it preparing to slap it off my chest and I could feel its fur and teeth like it was going to bite me.

I tried to stay calm and I told my mom and I asked her if she could see it, she did not see it at first but then she saw the rat on my chest, and then I slapped it off my chest in a panic while jerking my head/body in an opposite direction but I accidentally woke myself up in the real world; and I woke up in a strong jerking motion in a panic like in the dream where my head was hanging over the edge of the bed like I was about to fall out of the bed, but fortunately the rest of my body was safely in bed. (Also the back of my right ankle was itching like something bit me, and it itched/annoyed me enough that it took me a bit longer to go back to sleep)

I can not remember the beginning of the next dream but it might have been connected with/to the end of the dream before it where the rat had been on my chest but I am not sure, my brother GC and I were at a hospital to get tested for one or more unknown things, and a late middle-aged slightly over-fat nurse with whitish colored skin with maybe brownish colored hair was having us do various things that I can not remember.

At some point she wanted us to go to the bathroom to change into hospital gowns and to urinate in a cup and bring the cups back to her, and so my brother GC went in one direction and I went in another direction to a small bathroom; but once I got in the bathroom someone knocked on the door, I looked outside to see a long line of people waiting to use the bathroom with two women at the front of the line who had dark brownish colored skin with long straight black colored hair, and I apologized telling them what I was doing and that I would try to hurry up.

I rushed to change into the hospital gown but one of the women kept beating on the door yelling at me and complaining/insulting me and saying that I had been in the bathroom for forty-five minutes which was not true, I kept trying to calm her down but it was not working, and at some point I got so annoyed that I opened the door and we started arguing/yelling at each other until I got tired of arguing/yelling with her because it was not helping; and I went back into the bathroom so frustrated that I probably put my clothes back on and I probably did not urinate in the cup, and I walked off to talk with the nurse about the situation but that is all that I can remember of this dream.