END_OF_DOCUMENT_TOKEN_TO_BE_REPLACED

Season 1 of the 2016 HBO American science fiction western thriller television show Westworld that was created by Jonathan Nolan and Lisa Joy, and was based on the movie Westworld by Michael Crichton.

END_OF_DOCUMENT_TOKEN_TO_BE_REPLACED

Last night I can barely remember my dreams, but I know I had several, and I remember someone in one of the dreams giving me tips on how to fix a screen size problem / issue that I was having with Call Of Duty: Modern Warfare 2; he recommended that I run the game As An Administrator, and that should fix the problem.

When I woke up in the real world and I tried his suggestion, it worked at first, but only because it restored the default settings; the real fix was to adjust the graphic settings at the system level, but I still think it was great that I got to apply a dream recommendation to the real world. 😀

Another dream I had the other night took place downtown in my birth-town, and I was shopping around at these fictional family run stores that are in my dreams sometimes.

There were many other people downtown as well and maybe a small festival was going on or something, and at some point there was an argument going on outside in the market area.

A former classmate named MB was accused of stealing by the owner of one of the outside shops, and MB was denying that he had stolen anything; a security guard came to face MB and a struggle began.

The security guard and one or two other people tried to arrest MB, but he was giving them a hard time, to my surprise; since he is tall but skinny.

I stood there wondering should I help and so I decided to tell MB and the others to calm down, and talk about the situation; but I woke up.

Last night I had one dream that is very unclear, but I remember it involving me inside this office-like building, and I was following Anthony Hopkins around.

I think someone had told me that he was my real father and I was trying to find out if it was true, but he kept avoiding me; there was something else strange about this dream and Mr. Hopkins, but I can not remember what exactly.

At some point he tried to hide in his office, but I found him, and he was afraid that I would make a big scene and he did not want the other people around to know about the situation; so he finally stopped running and started to talk with me in private in his office.

I think he confirmed that he was my real father and he was trying to explain something to me, but I can not remember what he said; I know that it was serious, a secret, and it was some thing strange about him/my mom/and I.

I think he said that he was not human and told me what he was, that my mom was human, and so I was part whatever he was and part human; but I could be wrong, whatever it was, it was pretty shocking and confusing.

The night before last I had a dream that I was outside in my parent’s yard looking for something in the toolbox, and a sharp silver object got stabbed through my hand; it hurt less than it would have in real life, and I slowly pulled it out of my hand.

My last dream of the night involved me walking around a shopping complex that had just been built in D where PL used to be.

The building was a grocery store, restaurant, casino, club, bank, and more.

I walked around exploring and talking to different people, and did some shopping.

I remember seeing two fancy offices for the owners, and the workers in their offices were dressed very nicely; I remember thinking how the offices looked very corporate and how it showed the greed of the owners.

I also remember talking to a few workers and they were talking about how unfair the owners were and greedy, and the owners seemed to represent some of the things that are wrong with the current Capitalist system and other things in our culture(s).

There was a lot more to this dream and several other dreams, but I can not remember them. Last night I remembered some of my last dream which I think started with me starting work at my new job, and I had no idea what I was supposed to do or even the name of the place.

The inside of the building was similar to one of my former jobs and was like a warehouse with no windows almost and the main work area was a big room with long rows of tables.

Some of the tables had computers on them with various old mouses in different styles, and many of the other workers were former classmates of mine; for some reason most of them if not all of them were the children of parents in the middle to upper income level, except for me.

END_OF_DOCUMENT_TOKEN_TO_BE_REPLACED 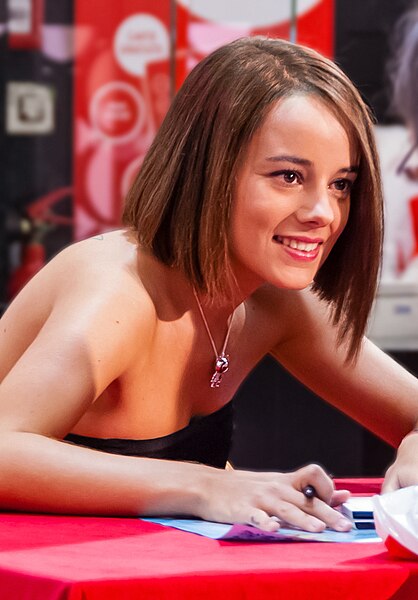 Last night I only remembered part of my last dream, which took place at a fictional building that was a prison and something else.

I think I got a job at this modern multi-floor building and I went outside the building to get some fresh air.

It was a sunny day outside and the outside area looked about the same as my parent’s yard, and there was a large group of men in prison uniforms in the yard.

I noticed an old man with a guitar, so I walked over to ask him about his guitar.

The old man reminded me of Anthony Hopkins a bit, he said that his strings had broken on his guitar, and he was about to change them.

He started to cut the broken strings and slowly started to explain the process of removing and putting on new strings.

As he was doing that I interrupted him to ask him if he was a prisoner, and I asked why were they there.

He told me that part of the building was a prison & the other part belonged to a private company, and that he was a prisoner.

He said that him and some of the other prisoners used to have a music band, and that they still played some of their music in prison.

I told him that I wanted to learn to play either guitar or piano, and that I was not sure which one to learn.

He said that he would teach me to play guitar, so I told him that I had just got a job at the building, so during my breaks he could give me guitar lessons if he had time.

He said okay, and then I told him goodbye & I went back inside the building to find the place where I was supposed to be working at.

As I was going into the building I saw one of my little brothers and Alizée, they both had come to see my new job, so they followed me as I tried to find it.

We walked up some stairs and went into a hallway, but there were prisoners there and when they saw Alizée, some of them started making cat calls & they tried to grab her, so I pushed them away and we went back down the stairs.

We then walked around the building for a while, but we kept seeing prisoners and a few police officers; but the police officers were too far away for me to ask them for directions.

After a while we finally found an elevator and decided to use it, but I woke up.