This dream took place inside an apartment building, a woman with light-color skin asked me to do something that I can not remember, and she gave me a roll / stack of cash as payment I guess; and she walked away.

Some kids were watching this, they followed me, and I told them that the woman gave me too much money so I was going to give some or all of it back to her.

END_OF_DOCUMENT_TOKEN_TO_BE_REPLACED

All that I can remember of this dream is that it was probably inspired by the George Floyd protests / riots, most of my family and I were in a fictional city in maybe a downtown-like area with several multi-story apartments on both sides of the highway with the road on the left side being somewhat on a hill, and we were in the process of moving into one of the apartment buildings on an upper floor.

Before we could finish moving in all of our stuff into the new apartment, my mom somehow found a larger nicer apartment for a better price that was probably in the apartment building across the highway, and so we were going to move into that apartment instead; but we went to see it first before moving the stuff that we had just put in the new apartment.

END_OF_DOCUMENT_TOKEN_TO_BE_REPLACED

All that I can remember of this dream is that I was in college, and I lived in a small one-story white college house-like apartment in a field on the outskirts of the college.

I had to walk back and forth from this location and the college each day, there were several other small college apartment houses nearby, and at one of them lived some men with medium-to-dark-color skin who seemed to be dealing illegal drugs and probably doing some other illegal activities.

END_OF_DOCUMENT_TOKEN_TO_BE_REPLACED

I got to sleep wearing my new square orgone / orgonite pendant for the first time and possible interesting notes include deeper sleep / dreams and ability to return to sleep easier, ability to return back to a dream several times easily, more layers to the dreams, but I am not sure if this was just a coincidence or not.

This dream possibly involved some apartments and the areas outside them, but that is all that I can remember of this dream.

This part of the dream or separate dream took place during the day and involved me and my brother GC going to what seemed to be maybe a doctor’s appointment, there were two workers behind the front desk with one with light-color skin in the back and one who was a man with dark-color skin with short black hair in the front who helped us, and we had to fill out some paperwork / forms.

They were headed to another city or state or country for a trip, they invited me, and so I decided to go with them so I followed them.

We drove along the highway through one or more cities, at some point I decided to not go, and so I turned around and I started driving back but I can not remember if I let the others know or not.

My former male classmate CS and some of his friends followed me, and at some point I stopped at a store to see if they were really following me or not.

They entered the store as well and I talked with them, they said that they were not following me, but that they had also decided to not go on the trip and they just happened to be going the same way that I was going.

The next thing that I remember is waking up, but I woke up into a false awakening dream that was a video game dream world that looked like a Telltale Games Walking Dead video game with the same graphics et cetera, even I looked like a character in this video game, and some other characters were digging me up from under the dirt where I had been partially or completely buried.

There was a woman with light-color skin and her and / or someone else was very concerned for me, they seemed to have had trouble waking me up, someone had given me a special drink (possibly mixed with alcohol) to make me go unconscious in a very low energy state before burying me underground to improve my chances of surviving and possibly reduce my chances of being found by zombies if there were zombies in this dream world (I have no idea).

One of them was angry about this and how risky it was, they were also digging up someone else, but I am not sure what the situation was but it seemed that burying us was meant to protect us during some kind of emergency situation until they could come back and dig us up and wake us back up.

I had paid someone to get me and maybe someone else some IDs and / or passports, and this person returned with them but then we found out that they were fake.

I was angry about this and I told this person so, I asked them why would they get us fakes when I paid them to get me real ones, but that is all that I can remember.

This was actually a series of me returning to the same dream after waking up and going back to sleep several times, and false awakening dreams of me trying to record this dream and remember details and going back to the dreams to collect those details so I can not remember much at all now.

This series of connected dreams involved me asking or paying someone to collect maybe some information for me involving one or more women from history and / or something strange like that.

I remember a man gathering this information and whatever else, and during some of these dreams it was even being collected on a shelf that I could look at and read.

I read some of the history of this woman or these woman, I saw names and everything, and I even remembered some of the full names until I forgot them after having too many returns to this dream and false awakening dreams of it where I thought that I had already recorded the details and dreams.

I possibly visualized some of the history about this woman or these women, and part of this took place along a dirt mountain pass in an older time period like in a western.

This woman or these women were involved in several significant historical moments, but I can not remember the details now. 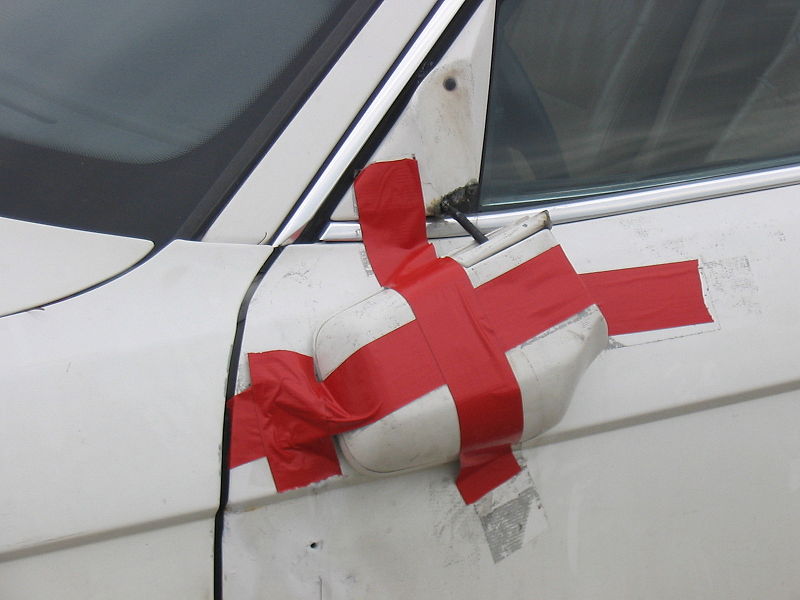 Now all that I can remember of this series of possibly connected dreams is that they all took place in and near and outside of a fictional college campus.

In one dream I was driving and going around the city that the college was in, but that is all that I can remember of this dream.

Another dream took place at the college during the day, I parked my automobile in a strange confusing modern outdoor parking lot / covered catwalk / sidewalk / college buildings that reminded me of the parking lot and buildings of the KRH Elementary School in the city of D, and I went around the college to different areas on campus like college buildings and courtyards and near campus like an apartment and / or dorm.

Another dream involved me returning to the parking lot during the day to get my automobile and leave, as I was driving I noticed that my driver’s side rear view mirror looked strange, and I realized that it was not aligned properly.

I then realized that it was broken, not the glass but it was broken where it connects to the automobile, which prevented it from being aligned properly.

This annoyed me and I had no idea who broke it, and so I started trying to make my way out of the confusing maze-like parking lot so that I could report this to the campus police and / or try to find out who broke it.

At some point I possibly drove and walked around trying to find any witnesses, but I can not remember what else happened.

I just remember maybe seeing part of a YouTube video by Itsreal85gaming, and at some point I saw Itsreal85 in person inside the building and we started talking and walking on our way outside of the building.

On our way outside of the building we saw a man with dark-color skin wearing a baseball cap who was a friend of Itsreal85, and he was standing by a short white wooden fence with several guns (maybe a pistol, rifle (probably a carbine), but I can not remember what else).

He was pointing one of the guns at a tree that was nearby, this was dangerous and illegal, and we walked over to him and greeted him and asked him what he was doing.

He turned toward us with one of the guns pointing at us by accident, we responded quickly letting him know his mistake and how dangerous that was as we dodged the gun, and he told us that he was trying to test out these guns (maybe by shooting the tree and / or a bird).

I told him that this was illegal, dangerous, reckless, unwise, et cetera and that he should not be doing this.

Itsreal85 and him started talking, Itsreal85 probably asked him to join us to where ever we were going, and he said okay but I woke up.