I had some other dreams last night but I can not remember them now, and I wish that I could remember more of this dream from last night but my memory of it is too incomplete and unclear.

This is one of my first dreams in a while that has involved falling from very high, but it probably did not feel like how falling dreams used to feel when I was a kid.

I just remember being at a maybe floating dock-like area on the water (ocean) in maybe the middle of nowhere during the day with my brother GC, but unfortunately I can not remember the details of what happened for most of this dream so now most of the dream does not make much sense without those important details.

I assume that we were stuck out there with no transportation, but there were maybe two old wooden ships or boats along the dock at some point in the dream but I am not sure if they were there during this part of the dream or not.

I think that this dream was possibly somewhat positive being over water away from everyone else, even though we were possibly stranded, but I can not remember.

I am not sure if we swam or not or what we did or said, but at some point I remember my brother GC and me falling from the sky back down to the water (ocean) near where I assume that we had been earlier.

I have no idea how this happened, unfortunately I forgot the details of how we ended up falling from the sky, and as we fell from the sky I assumed that we would likely die if we hit the water from this height so I told my brother GC this as we fell.

I recommended that we both fall as vertically as possible so that we could hit the water feet first like a sharp object going through water, and I hoped that would help us survive the fall.

To our surprise we survived the fall into the water, and we swam above water back to the dock and / or some thing else (maybe a tiny piece of land or artificial island or just another part of the dock, but I can not remember).

At some point I remember being on the maybe two ships or boats, there was a man who I assume was the ship captain, and he had my brother GC and I cleaning up and maybe helping get the ships working again.

I remember something about there being maybe three layers to the ships, I think that we removed the first layer, but I can not remember what that was all about.

It seemed that maybe we were going to be part of the ship captain’s crew or something now, but I can not remember.

I woke up as we continued following the orders of the assumed ship captain. 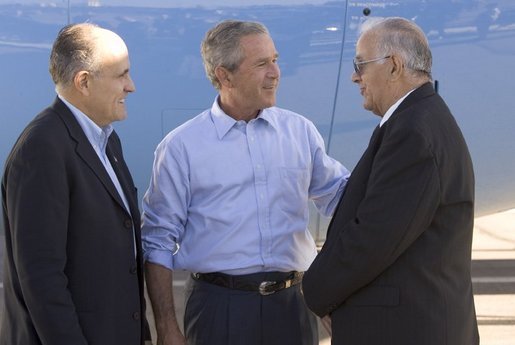 All that I can remember of this dream from last night is that it started during the day, and I remember walking by/through the outside of a school (probably a high school) that was or that looked like the D High School.

A woman with whitish-colored skin who possibly lived across the street from the school got struck by lightning, but I am not sure what happened to her after this.

The next thing that I remember is being on land near a dock-like area by water, the land was possibly a small island but I can not remember, and I was there with other people.

Some thing happened that I can not remember and we needed to evacuate, and so we waited for one or more boats to arrive from across the other side of the water to pick us up.

A man with whitish-colored skin with one or more boats arrived by boat to help us, and this man was the mayor of the city.

I decided to help evacuate the others and I stayed behind so that everyone else could evacuate first, and the politician Rudy Giuliani (who was a friend of the mayor of this city) and maybe one or more mayors arrived to help as well but I can not remember the details.

Later in the dream it was starting to get darker like it was late afternoon or early evening and I remember there being an older woman and a boy there with me on the land waiting for another boat to arrive, and I was going to help them load some of their stuff on the boat and drop them off somewhere before evacuating myself.

The woman somewhat reminded me of my aunt VE and the boy seemed to be her grandson, at some point a boat arrived and I helped them load their stuff on it, and then we left to drop them off but I woke up.

All that I can remember of this confusing and unclear dream from last night is that it was inspired by my brothers KD and TD talking about college as I was sleeping in the real world and the Ghost In The Shell franchise.

The dream took place during a day when the weather looked like it was going to get bad.

END_OF_DOCUMENT_TOKEN_TO_BE_REPLACED 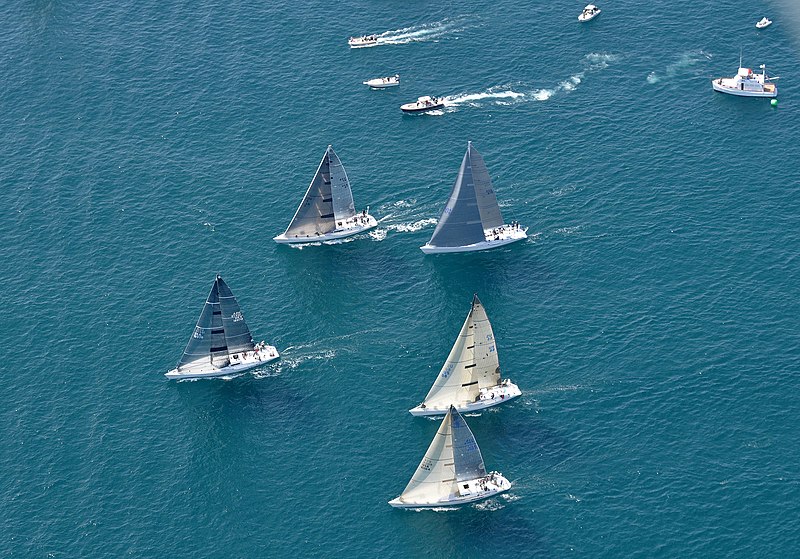 All that I can remember of this dream from last night is that it took place during the day, and I was boating and yachting with other people in several boats and a medium-sized mostly white yacht on a large body of water.

We were having fun and relaxing, I think that there was an unknown woman with me on my boat, and at some point we docked in the water not far from some docks and a city instead of at the docks for some unknown reasons.

We all went to the medium-sized yacht to eat, drink, talking, play games, and more so we docked our boats around it and we all boarded the yacht and went inside of it.

As we were eating, drinking, talking, playing games, and more we got interrupted when an obese or over-fat male fish and game warden or police officer or wildlife and fishery officer whoever with white skin with short yellow hair boarded the yacht asking all of us to show him our driver’s licenses.

He gave no reasons for boarding our yacht or for asking to see our driver’s licenses, we decided not to ask questions, and I was the first person to try to show him my driver’s license but I was having difficulty finding it in my wallet to my surprise so he moved to the next person.

At some point I found my driver’s license hidden behind my debit/credit card and I showed it to him, after checking all of our driver’s licenses he probably left in his boat to the dock and maybe went to a building near it, and then we decided to go dock at the docks to explore the city but before we could dock something strange happened that is unclear so I could be wrong about this.

I noticed movement and the color orange out the corner of my eye like fire and/or lava and/or something had started moving through the city and toward the docks, and I looked up to see what seemed like a disaster where maybe every thing was getting burned up by orange stuff that was spreading like maybe the world was being burned up or something but I can not remember.

I just remember yelling for the others to not dock their boats or the yacht and that something strange and terrible seemed to be happening, and so we started moving back toward the open water as it spread to the buildings by the dock on its way to consume the docks as well.

I assumed that the game warden or police officer was probably dead as the building he was in got consumed by the orange stuff, it spread to the docks as we moved further away in the open water wondering what was going on, and wondering if it would spread across the water toward us or not but I woke up.

I had more dreams but I can only remember part of the end of my last dream from last night which took place during maybe a slightly gray day, and I was on a small boat (with a motor) with my dad and a fictional man with whitish colored skin who my dad knew and the man’s young teenaged son.

My dad and I seemed to be going boating with them and we were at a lake where there were other people boating, swimming, fishing, maybe hunting, maybe golfing, et cetera; and there were ducks and baby ducks, geese, et cetera in the water as well.