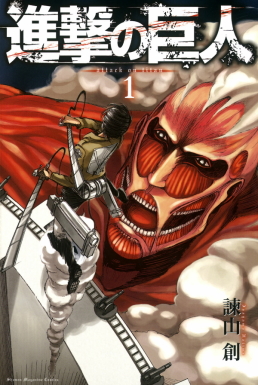 I forgot all of my dreams from last night except for barely part of maybe one dream that took place during the day and maybe my uncle CE was in the dream but that is all that I can remember of this dream, and I barely remember part of my last dream.

My last dream was inspired by the Japanese anime (animated)  TV series Attack On Titan and it took place during the day in what seemed to be the walled human city from the animated TV series, and some of my family was there with me along with other unknown people and maybe some people from the animated TV show.

I remember running around the top of the walls and across bridges from something like maybe there was a battle going on at first and / or training, and at some point I remember seeing a large normal titan (with skin) hanging/laying across parts of some of the walls and bridges not moving at all.

There was more that happened in this dream that I can not remember and so most of the dream is missing, and I remember everyone being confused about whether the titan was dead or alive at first because its eyes were still open but it was not moving.

I remember running around the walls and bridges with other people near the titan as some of the others examined it, and I started to think that it was a hollow shell of a titan or a titan pretending to be dead; but I was not sure.

I am not sure if we ever found out if it was the shell of a titan or a dead titan or a living titan or not because I woke up.