All that I can remember of this dream is that it took place during the day in a fictional larger city, this dream had a somewhat realistic feel to it, and I was riding on a bus with someone else I knew (probably a family member like one of my brothers or a male cousin of mine, but I can not remember) & Salma Hayek was driving the bus.

It was just the three of us on this bus, the bus was possibly silver & blue, I am not sure if the dream started with me on the bus or not, it probably did, because I do not think that I really knew what was going on or where we were going even in the dream.

END_OF_DOCUMENT_TOKEN_TO_BE_REPLACED

All that I can remember of this dream is that it involved Ethan Klein talking about fame, and the cons & pros of it, after being asked a question about an up-and-coming female online streamer / YouTuber / et cetera.

The dream also showed scenes from a documentary or reality TV show about him / H3H3Productions (including his wife Hila Klein), and the scenes were all focused on him; but his wife Hila & a man with light-color skin were in some scenes as well.

END_OF_DOCUMENT_TOKEN_TO_BE_REPLACED

The ending was weak, but I liked the rest of this skit. 😀

END_OF_DOCUMENT_TOKEN_TO_BE_REPLACED

Unfortunately I did not record most of my dreams, and I only recorded one sentence of notes of one dream on my mobile phone so everything else is forgotten now unfortunately.

All that I can remember of this dream now is that it took place in a fictional possibly LC-like city, during the dream I would travel back and forth through the city and possibly outside the city, and there was a multi-story building that I would always walk through to reach maybe a transportation area but I can not remember.

I would always walk on an upper floor where I had to walk through a club / recreation center / restaurant / et cetera area that always had people drinking, eating, dancing, listening to music, talking, playing games, playing video games, and more.

During one part or day in the dream as I was passing through this entertainment area I noticed my former male schoolmate / coworker JF working in this area, and so I greeted him.

I asked him if he was sure about this because I did not want him to get in trouble, he told me that it was okay and that employees were allowed to do this for people sometimes, and so I said okay.

He opened my membership in their computer system and / or on paper, and he looked over the list of upgrades checking various ones that he felt that I would like and he asked me about a few to see if I would want that upgrade or not.

Each upgrade had a box to the left of it that needed to be checked and the cost was next to it, and he changed the upgrades that he picked for me to free for life.

After he finished I thanked him and I stopped to look over the free upgrades that I had but I can not remember what they were, and then I woke up. 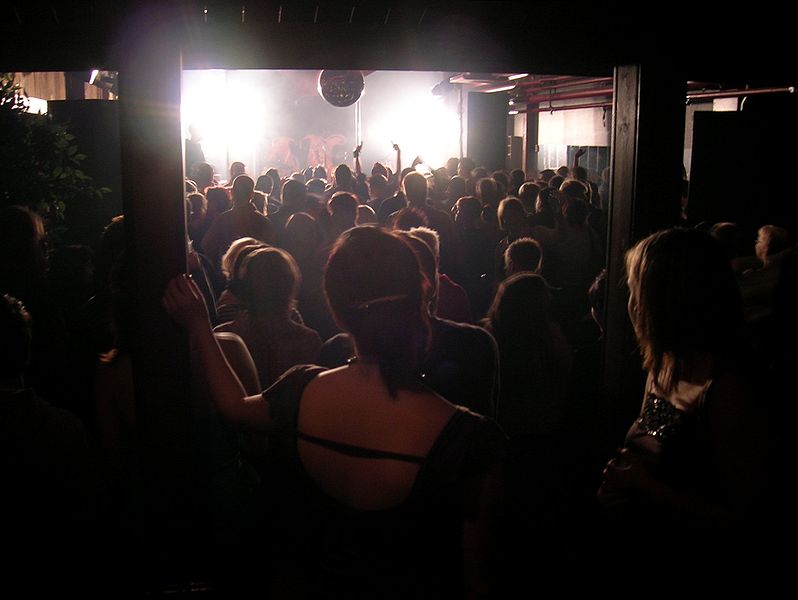 All that I can remember of this dream from last night is that it took place during the day at my parent’s house, I remember my male cousin ME ringing the door bell and/or knocking at the door, but I can not remember if he was alone or not.

I can not remember what he wanted and how he was trying to use us this time, I just know that I was annoyed and angry about it and about him being there because I was tired of him coming over wanting something and using us, but that is all that I can remember of this dream.

All that I can remember of this dream is that I was watching a low quality video clip on the internet that someone had filmed with their mobile phone, the video took place inside a mostly dark nightclub (club) that seemed to possibly be underground or sunken or just seemed that way, and it seemed that this was being filmed in India but I could be wrong.

There were some flashing lights and maybe some music with too many people crammed together in this small space, and an argument and possibly physical confrontation (maybe someone got pushed) was happening between a woman with long black hair with maybe brown skin and a man with medium-length black hair with maybe brown skin but the video quality was too low and dark and I could not see their faces or features very much.

Some men who seemed to be her bodyguards and/or fans approached them, the man turned his back to them and started to walk away, and so the confrontation seemed to have ended so the female celebrity and her bodyguards started moving through the crowd in the same direction to leave the club.

The bodyguards were trying to make some room as they walked through the crowd, as they were doing this the man from earlier attacked the female celebrity with maybe a backwards elbow to the face but it was hard to tell, and her head recoiled back from the impact.

I am not sure if he had any weapons or not of if he hit her again or not, I just know that her bodyguards attacked him knocking him to the ground while punching and maybe kicking him, and then many people in the crowd joined the attack on the man.

The crowd and bodyguards were beating him so bad that I assumed that the man would die if they did not stop, either the video ended and I started trying to find more information about this incident online and/or I woke up, and that is all that I can remember of this dream.