DO YOU WANT TO FIGHT??? Join the Facebook group https://www.facebook.com/groups/71451…

OUR MATCHES ARE 100% LEGAL. ALL PARTICIPANTS MUST BE 18 OR OLDER. STREETBEEFS founder SCARFACE was the focus of the NEW YORK TIMES documentary titled GUNS TO GLOVES, and was also in the February 2019 edition of ESPN THE MAGAZINE. After years of watching people in my area severely hurt each other over various disputes, I decided to offer a solution. Come to SATANS BACKYARD and put gloves on to settle your dispute. No guns, No knives, No gang of friends jumping in. Just you, your Foe, the referee, and a group of spectators. I’ve settled hundreds of disputes in our area with this method, and hope to settle THOUSANDS more, all while entertaining my viewers. SOME MATCHES ARE PURELY FOR SPORT, some are REAL beef, and ALL are entertaining. Streetbeefs is a club where people form a bond with each other, and develop lasting friendships, while providing a safer outlet for aggressive young men and women to solve disagreements without killing each other or going 2 jail.

ALL STREETBEEFS MATCHES ARE AMATEUR EXHIBITIONS

END_OF_DOCUMENT_TOKEN_TO_BE_REPLACED

I had more dreams but I did not record them before I had a surprise work day, and so now I barely remember part of two dreams.

All that I can remember of this dream is that it took place during the day at a large multi-story mall (shopping mall), and at some point I met my former male classmate KC who I have not seen in years.

END_OF_DOCUMENT_TOKEN_TO_BE_REPLACED

The 2018 boxing match between KSI and Joe Weller.

END_OF_DOCUMENT_TOKEN_TO_BE_REPLACED 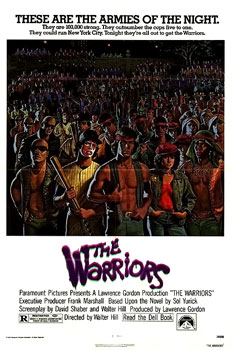 I did remember part of another dream but I did not voice record it before going back to sleep after using the bathroom, so I forgot that dream unfortunately, but I do remember part of a transitioning dream that transitioned smoothly between different things during the dream without me noticing.

I forgot the early parts of this dream unfortunately and so all that I can remember of this dream is that at some point in the dream I was outside during the day walking in a lower-class neighborhood with many small poorly built one-story houses that were very close together where I lived, and there were various gangs who looked like they were from The Warriors film (which I have never seen) who would often fight each other.

These annoying gangs would cause a lot of problems in the neighborhood toward non-gang members as well and they would fight the police, one day the police decided that they would finally try to deal with the gangs by having most of the police and maybe some other government forces attack the gangs, and the gangs knew that they could not win.

END_OF_DOCUMENT_TOKEN_TO_BE_REPLACED

I got awakened by a fire alarm, which scared me straight out of a dream and I jumped out of bed to make sure there was not a fire, and I somehow managed to remember part of a dream fragment or two as I ran to check for a fire.

I did not think about the dream fragments since checking for a fire was more important, there was no fire fortunately (someone had lit some heaters for some stupid reason(s)), but after that scare all that I could remember of that dream fragment or dream fragments was seeing a woman & maybe a boy; and so I got back in bed trying to remember the dream, and surprisingly I was able to remember part of the dream when I turned down the ceiling fan a bit.

The dream took place during the day outside in a fictional area near a small building, some athletes from various sports were lined up on a concrete/pavement area near this building (this area what mostly concrete/pavement like a parking lot), and they each were going to face another athlete in a match of some kind; and some observers & regular people who were to be referees were there.

Each athlete had opponents picked and the match order was set, we waited for the first match to begin, it was between a male tennis player and a very tall & strong-looking male swimmer I think; and the swimmer was expected to win easily, so I am guessing that some of the observers probably were betting money on fights but I could be wrong.

There were female athletes there too, maybe even some younger athletes as well, and I think that I thought that the matches would involve them each having to compete in a certain sport depending on the athletes; and I went inside the building for some reason, the first match started without me outside so I missed it, and I went outside to see a terrible scene.

The tennis player was badly beaten and a lot of blood was on the ground, I saw no referees or help, and so I yelled for people to call an ambulance; and I started trying to find out what happened & where were the referees & the help, and so while some people were helping the tennis player I went inside the building to look at security camera footage of what had happened.

I heard the swimmer make some negative statements during the beating, like maybe the tennis player & him used to date or something, so this beating/attack was related to that; and I was shocked/angered by what I saw & heard, and I thought it was such a cowardly attack & I was angry that the referees were not there or doing anything or any of the observers.

I remember hoping/wondering if the tennis player was alive and/or if he would survive, and I remember yelling & questioning the referees & observers about how something like this happened; and about how unprofessional they were, but I got awakened by the fire alarm in the real world.