I had a dream that I remembered before this that I did not record, so I can not remember it at this time, but I will add it here later if I remember it.

I had another dream after this that took place during the day in my parent’s yard where it seemed that my brother GC had several structures in the yard with large custom dog house-like areas at the bottom with an area above it that could be climbed up by bears et cetera.

END_OF_DOCUMENT_TOKEN_TO_BE_REPLACED

All that I can remember of this dream is that we got new neighbors (a husband, obese wife, and teenaged children (male and female) with dark brownish colored skin with blackish colored hair) in the no-longer abandoned house next to the alleyway by my parents’ yard, and they had a tan/light brownish colored chihuahua; but one day we stopped seeing their dog.

One day or evening I was walking through the alleyway toward the field when I noticed something next to the bushes, and to my surprise it was the neighbors’ dog inside an old fictional wooden dog house that my family had made out of maybe wooden pallets and other pieces of wood and maybe some metal for the roof; but the new neighbors had not asked for our permission to use it as far as I knew.

I stopped to pet the dog and to see if it was okay, it was okay, and then I noticed that the new neighbors’ yard had been extended into our alleyway without permission past their property line closer to our yard and taking up some of our alleyway space; and this was a bit annoying, and so I probably went to tell my family.

END_OF_DOCUMENT_TOKEN_TO_BE_REPLACED

I really do not feel like typing my dream today and I feel like giving up on blogging as the WordPress.com team/Automattic continues to move in directions that make blogging more annoying/difficult/less enjoyable/buggy/impractical/illogical/limited/et ceterea for me, and they continue to mostly ignore our feedback/et cetera; but I am making myself type this anyway, but I can only handle so much and so at some point I will probably quit blogging if things get too bad here on WordPress.com.

All that I can remember of this dream is being in my parent’s yard during a nice day and the dream started positive and it was probably partly inspired by Seepurple’s dream called Solid Black Fighter Jet? (which made me realize a weakness in my dream security, I do not really have any defenses against aerial/aircraft attacks in my dreams, and so my dream security and I would be mostly defenseless again such attacks), I was with my male cousin DE who acted like he used to act so things were good again and a person who I can not remember was with us, and we were near where my brother GC’s pet dog Cloud should be but my brother TD’s pet dog Jack (an American Pit Bull Terrier) was there instead.

The dog house probably looked a bit different and either connected to or near the dog house was a multi-story/floor tower that was possibly mostly made of tarp/canvas/whatever (at least on the outside, but maybe the entire thing was tarp/canvas but I can not remember), the ground in front of the dog house was sunken a bit so I walked on it, and as I stepped on it the dirt would push down deeper because the dirt was so loose/soft; and eventually I patted the dirt down with my feet until it was a hole that was probably taller/deeper than me, and so we decided that we would move the dog house and tower and Jack to a new location in the yard that did not have a deep hole.

We started moving the tarp/canvas/tower first, we took it down but it fell on the fence which poked a few holes in it and it got stuck on the fence, and so we had to carefully remove it; and then as we were moving it toward the middle of the yard the dead music artist Michael Jackson walked toward us in the yard like he had walked from the other side of my parent’s house maybe wearing maybe a mostly dark-colored outfit with fedora and an arm band/whatever like maybe a dark version of his outfit in the Smooth Criminal music video, and in the dream I did not remember that he was supposed to be dead oddly.

The tower/tarp/canvas belonged to Mr. Jackson and he helped us fold it and we each grabbed a corner to move it to another part of the yard together and then my mom walked outside to greet us and other people started to come in the yard from parts of the neighborhood and from inside my parent’s house (some of my cousins and other family members had been inside my parent’s house visiting, and some people in the neighborhood had been outside enjoying the nice day including my former male classmate DC) but then I noticed a dark-colored helicopter and at least two other aircraft slowly flying toward us in the sky from the direction of The G House, you could tell that something was not right, and that they were probably going to attack; and I assumed that they were going to try to assassinate Mr. Jackson.

I told everyone to run and I told my family and family members to run inside my parent’s house so everyone started running, the helicopter and the other aircraft flew over us and then they turned around to follow us, and I ran to the left side of the house near the back door watching the aircraft and the helicopter; and Mr. Jackson probably ran on the right side of the house, and then one of the aircraft hovered in the sky near The G House and it started shooting small missiles toward the right side of the yard and I heard explosions.

People were still running, screaming, hiding, and I could not see the missiles hitting that side of the yard because the house was blocking my view but I could feel the impact/rumbles/et cetera and I saw some of the debris/dust/dirt flying through the air; and I started crawling under the house as I became more afraid, and my family and family members were safely inside the house.

I hoped that being under the house would help protect me from the debris, I wanted to crawl back outside so that I could see if I needed to move my family from the house or not, but more missiles were being shot and we were completely defenseless against this type of attack; and this felt real and scary, and I could hear all the noises and feel the vibrations and see the debris as the missiles exploded each time that they hit things.

There was not as much space under the house like in real life so I could not fit in some areas, I started to hear explosions that sounded like maybe the house was being hit, and I heard my family trying to figure out where I was; and so I yelled to them to let them know where I was, and I told them to be ready to leave the house if necessary but do not come outside until I say so.

I started trying to crawl from under the house but my path was blocked by the areas that were too small so I needed to find another way out (maybe some of the explosions caused the house to move down a bit lower to the ground), the explosions were sounding closer and closer, and I started panicking as I tried to hurry to get from under the house fearing that I would be crushed by the house and/or that my family would get blown up if they stayed in the house much longer; but I accidentally woke up because my panic and fear levels got too high as I tried to crawl through the small areas.

This positive dream became terrible at the end, we were completely helpless being shot at from the sky by explosive missiles, and so I was right about this weakness in my dream security and that I am not prepared for this type of attack at all and I got to see/experience this in a way that was too realistic/terrifying; you would have had to experience this dream to really understand what it was like being this defenseless/helpless/unprepared/et cetera, getting caught by surprise, having no backup/help, and having almost nowhere to run/hide that is safe while having no way to attack back while your family and some of your family members and others and your property are/is in danger of getting blown up. 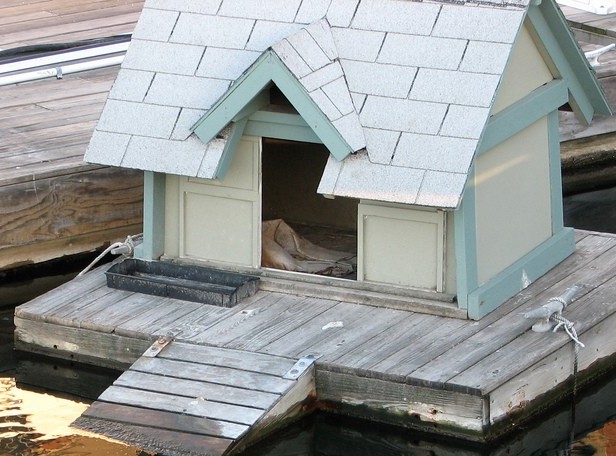 Last night I barely remember part of a few dream fragments, with one dream that involved two sisters fighting over a boy who they both liked, and I had to keep breaking up their fights.

In another dream fragment I was angry with someone and I went outside to get some fresh air & sunlight in my parent’s yard, and I saw a fire burning one of my brother’s dog’s house; and it was a pretty big fire.

I went into the house and I yelled that there was a fire and for my family to call the fire department, and then I ran outside to get the water hose so that I could try to put out the fire; I did not see my brother’s dog and I was not sure if he was in the fire or not, I thought about it, but my focus was on putting out the fire which was spreading toward the storage buildings.

Outside of the fence near the fire were some of my aunts & uncles, such as my aunt DE and my uncle CE, and they were watching the fire instead of helping; and I started spraying water on the fire with the water hose trying to put out the fire, as my aunts & uncles watched & they made a few annoying comments & they asked me a few annoying questions, which made me even more angry.

I was already angry and a bit panicked by the fire and they were just standing there watching & not helping, while talking & asking me questions annoyingly, and I angrily told them that I did not feel like talking with them or answering their questions & I asked them to stop bothering me and/or help; but they still did not help and so I put the fire out by myself, and then I started to wait for the fire department to arrive even though I had already put out the fire, as I tried to ignore my aunts & uncles, and I started to relax & get over my anger, but I woke up.

When I woke up I looked out of the window to make sure that there was no fire, because earlier this year I helped save my parent’s automobile (which only partly got burned) & storage buildings (which only an electrical cord got burned) from a fire, because I woke up out of my dream smelling smoke & I saw the fire outside; and I woke everyone up & I ran outside to try to put out the fire with the water hose but it was a chemical fire & so the water was not working, and I had to drive my parent’s automobile away from the fire & my dad drove the other one away from the fire; that was a scary experience, because I had to jump from the dream state to a panic state and then to a save everyone state very fast which got my blood pressure & pulse up pretty high. 🙂