I had more dreams that I did not record, and there was more to this dream that I can not remember; so now I only remember part of one dream.

All that I can remember of this dream is that I was out of town shopping with most of my family, including a fictional adult sister, I assume we were on vacation or something like that.

At some point, we were shopping at a store that I thought was a Dollar Tree, until I saw that they also sold fishing poles.

END_OF_DOCUMENT_TOKEN_TO_BE_REPLACED

All that I can remember of this dream, is that some of my family & I were inside a large multi-story multi-purpose building that had many types of businesses inside it including: various stores / Dollar General / casino / hotel / restaurants / banks / upper class counters / an indoor pond / an electronics store with maybe Chinese employees / and more.

At some point, my brother GC & I were inside a store when there was an active shooter (who was a man with light-color skin with blonde hair) nearby who eventually entered the store that we were in, and I managed to disarm & stop him; but I am not sure if I was injured or killed or not as a result of stopping him.

END_OF_DOCUMENT_TOKEN_TO_BE_REPLACED

The 2003 book First Meetings In The Enderverse by the author Orson Scott Card.

This is how Wikipedia describes the short stories in this book:

The stories in this book are:

Years ago I bought this book for a $1 from Dollar Tree when I noticed it when walking by the book section.

I could be wrong but I think that I was trying to find something to read before or after a hurricane hit the city of D.

The electricity at my parent’s house ended up being out for two weeks if I am correct about which hurricane took place at that time, if any.

I remember reading this book very fast, I remember liking it, and I remember wishing that it was longer because I was enjoying it.

I probably especially liked the short stories Teacher’s Pest (which had some interesting relationship / romance building) and Investment Counselor (which had several interesting concepts like the occupation Speaker For The Dead). 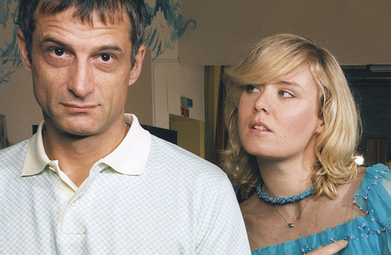 Unfortunately I forgot most of my dream fragments, due to various circumstances, but I remember part of two dream fragments; with the first dream fragment taking place during the day in a fictional city, and I was with my family.

For some reason even though we were not at fault, we felt that we had to try to clean up evidence that we were at the crime scene the best that we could, and then flee the area; I guess whatever happened involved some people who either had connection with law enforcement and/or one or more intelligence agencies & they could blame us for their crime and/or they were part of a serious criminal organization who had many connections or something.

I think that they had connections with law enforcement and intelligence agencies, I think that a group of rogue/bad intelligence agents had carried out an attack in the parking lot & maybe we killed one or more of them in self-defense, and then we found out their connections & we panicked or something; I can not remember, I just remember us trying to clean up the crime scene a bit as the police, FBI, CIA, and who ever else were on their way to the crime scene.

We did not have enough time to clean up the crime scene good enough, and we had to drive away because we heard sirens nearby; but that is all that I remember of that dream fragment.

The next dream fragment is very blurry and I have no idea where I was, maybe this was a semi-dream that was part dream & part daydream, I am not sure; several things happened that I can not remember, but then I remember hearing a woman’s voice singing the beginning lyrics of the Moloko song I Want You.

The voice sounded like Róisín Murphy‘s voice, there was probably no music, and then I saw Ms. Murphy walking toward me; and she was the one singing.

She walked up to me looking me straight in the eyes in an almost hypnotizing seductive way, she then probably touched me softly on my arms in a way that I could feel along my nerves and she whispered something to me seductively with almost the power of The Bene Gesserit Voice as she continued to stare into my eyes, and somehow we were on a bed at this point.

Then there was a longer than usual scene of touching, kissing, massaging, whispering, talking, laughing, smiling, partly undressing, relaxing, et cetera; which was very nice. 😉

We were taking it very slow and enjoying the moment, but I woke up.

I remember part of another dream where I was in LC and I went to the Dollar Tree store, and I saw my former male coworker S, who was an employee there like in real life.