The fish speakers were Leto II’s military force during his reign as God Emperor of the Imperium. Finding that the Fremen and Sardaukar were unable to suit his needs, Leto Founded his all-female fish speaker army. The Fish Speakers were the enforcers of Leto’s peace, which was necessary for the golden path. The Fish speakers are the most effective military force in the history of the dune universe in terms of the length of its operation and the number of world they ruled.

END_OF_DOCUMENT_TOKEN_TO_BE_REPLACED

All that I can remember of this dream is that part of the dream took place outside, I was walking somewhere when I saw The Rock (Dwayne Johnson) teaching a man and a woman some exercises in and near a ditch and / or sunken area near a small body of water.

The Rock and the other two people were going up and down the ditch or hill doing lunges, stretches, and other exercises focusing on their form / technique & endurance; and The Rock was a good teacher, I maybe have briefly joined them, but I can not remember.

END_OF_DOCUMENT_TOKEN_TO_BE_REPLACED

I had a variety of short dreams that I woke up remembering only to go back to sleep without recording them, and so now I can only remember part of several dreams after those dreams.

This dream involved me being in a slightly fictional version of the neighborhood that my parents live in during the day where the field behind our yard was slightly different, and the street that The Action Packed House is was different and they had some different dogs including a medium-to-large tan short-medium or long-short haired dog.

END_OF_DOCUMENT_TOKEN_TO_BE_REPLACED 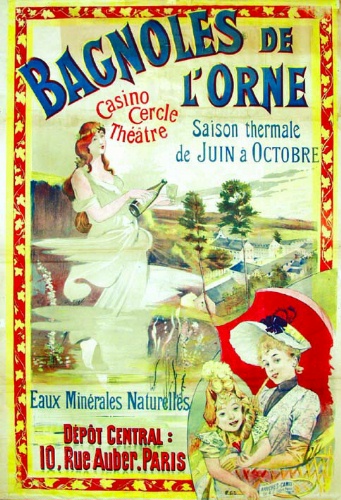 Last night I can not remember most of my last dream, which took place in the day in an area with a field like my lucid dream the night before last, but the beginning of the dream took place in my parent’s yard.

I remember sitting in my parent’s yard with someone, and then an unknown man came into the yard causing trouble, and I tried to nicely ask him to leave; but that did not work, and he tried to attack me.

I then used my grappling skills to easily take him down to the ground and I put him in a body lock with my legs, and I used my arms to put him in a strange submission / lock hold; and he gave up, and then he left the yard, but that is all that I can remember.

Next, I remember being in the field from my other dream, which has been in several of my past dreams, and the field had a variety of stores & shops in it; and they were spread out in different areas.

This dream probably had the most advertising & commercials of any of my dreams yet, because the various stores & shops did a lot of advertising; it was like the stores/shops were having an advertising & store/shop war or something. 🙂

The upper class stores had the best security systems, biggest stores, most advertising, the celebrities, etc.

I remember seeing a commercial with Beyoncé at one or more of the upper class stores, and I think they were advertising this new type of jewelry that was grounded precious metals & stones; and you could put it on your skin in various designs, basically wearing the jewelry on/in your skin or something like that.

I am not sure if the dream was lucid at this point or not, but I remember flying around looking at the various stores, and I think that I sneaked into a few closed stores since I could fly over their fences.

I remember being in one of the upper class stores that was probably closed, I am not sure if I knew if they were closed or not, but I remember that something happened to me; I think that I had a cut on my finger (I do not know how I got the cut) and I touched a bowl of powder/grounded stuff, and the stuff got stuck in my cut on my finger.

It hurt like tiny pieces of fiberglass or something in my cut, and it formed a design, it was that grounded jewelry that was advertised by some of the upper class stores in the dream; and then I heard some security dogs coming with the female owner of the store/shop, and so I ran & I flew away.

I think that the woman saw part of me, but she did not see my face, and then I remember flying to a part of the field with a lot of people in a park-like area.

I saw my cousin TE with a group of women, and I told her about the/my situation as we walked around to avoid the police or whoever from seeing me; the group of women with my cousin TE seemed tough and they all seemed like they would protect me.

My cousin TE felt that I had not purposely done anything wrong and she & the group of women with her said that they would help me, and I felt safe with them; it was like having my own group of bodyguards or something, and those women looked Tough, like they probably could beat me in a fight. 🙂

My cousin TE was not acting like her normal self and the group of women walking with her seemed more like her bodyguards or something, and it seemed like they were trying to blend in with the other dream characters; but they looked a bit out-of-place, since the group of women seemed very alert like Secret Service Agents or something, and they seemed to be very protective of my cousin TE and I.

It was like the group of women were Dream Security or something, it was nice to have them around, and I hope that they come to protect me in some of my dreams in the future; because I have wanted to form a Dream Security group for my dreams one day. 🙂

I was thinking of forming a Dream Security group that is a combination of the The Fish Speakers, The Bene Gesserit, The Honored Matres, combined with a few of my own changes/ideas; and I was thinking of maybe calling them The Dream Speakers or something like that, but I still have to work on them. 🙂

But I woke up as we were still walking and talking in the park-like area.