I had a somewhat long dream that I remembered part of when I woke up needing to use the bathroom, I waited a moment to try to remember more before getting up to use the bathroom, but I accidentally went back to sleep without voice recording the dream and without using the bathroom; and so now I only remember a few random pieces of maybe two or more similar or connected dreams.

At some point I remember walking away across the parking lot and walking across the city until I reached an area past downtown past the I Theater, I remember there was a man there testing out summons from the video game The Elder Scrolls V: Skyrim and some fictional summons like: Conjure Dremora Lord, Conjure Wrathman, and two fictional summons of two women with yellowish/whitish colored skin with short blackish colored hair. (This part of the dream was inspired by Gopher’s Lets Play Skyrim (Chapter 3) : Dawnguard playlist)

The two fictional summons each were of women who looked basically the same (maybe twins), one had a magical attack that rained a large blackish colored block and maybe some other things down on her opponent, and the other had a sword; and I watched him summon each alone, against other opponents, and then against each other.

He was hoping for a summon that had close and ranged combat and that was balanced enough to be used in a variety of situations against even powerful enemies, but that is all that I can remember of this dream or dreams.

All that I can remember of this dream is that a woman with pale whitish colored skin with long reddish colored hair was going to pay two entertainment wrestlers to murder a woman who she did not like, both women seemed to have special powers/abilities because they both could summon summons (like skeletons and other summons from The Elder Scrolls video games), and the woman and one of her summons and the two wrestlers entered the house/apartment/building of the woman she wanted murdered.

The woman with the reddish colored hair stayed in the living room area of the house with her summon as the two wrestlers searched the house for the other woman, but I think that the woman with reddish colored hair spoke to one of the wrestlers alone possibly recommending that he murder his partner so that he could have the money to himself or he just decided to do this on his own; either way he decided to murder his partner.

END_OF_DOCUMENT_TOKEN_TO_BE_REPLACED

All that I can remember of this dream is that it was inspired by an email that Dr. KB sent me yesterday to send to my dad, in this dream Dr. KB was going to preach a sermon but instead of the sermon being at my dad’s church, it was going to be in an auditorium/church that was inside a building.

Somehow I ended up going with my parent’s to see Dr. KB preach, we walked through a large one-story building until we reached the auditorium/church, and there were mostly men in the audience; and I remember sitting as Dr. KB preached until at some point he was looking for someone in the audience to use as an example.

He asked one man to stand up, Dr. KB told him that he was no longer as fat / obese as he used to be so he must have worked out and adjusted his diet to loose the fat, and so Dr. KB asked the man next to him to stand up; and he started checking his fat like he was trying to find someone obese enough to use as an example, and he kept moving to the next person one-at-a-time having them each stand up while he checks their fat in front of everyone (literally checking their fat rolls on their stomach, sides, chest, et cetera).

This annoyed me and I thought that this was unnecessary and embarrassing to do to people, I was already probably uncomfortable being there, and I was not going to let him do this to me; and so I left in annoyance even verbally expressing this out-loud, and to avoid Dr. KB trying to check me and to avoid this awkward long pause in his sermon and to be out of this uncomfortable situation (I had not been in a church in many years, and so it was a bit strange finally being inside one again).

I did not voice record this dream or think about it after waking up so I probably forgot most of this dream but I will try to type what I remember as I type, this dream took place at a hotel, but I am not sure if I was in the dream or not.

I remember that there was a man staying at the hotel, this dream seemed to be inspired by Gopher’s Orc Warlock Let’s Play playlist of the video game The Elder Scrolls V: Skyrim, and so this man probably was thinking about and dealing with trying to pick followers and summons; and other things like that, but that is all that I can remember. 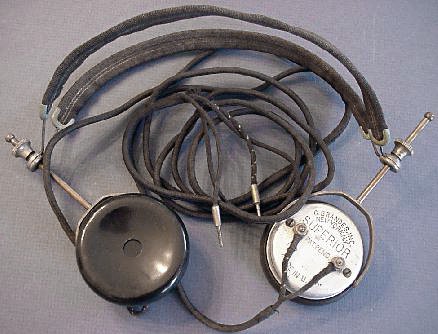