This dream was inspired by me watching episode 9 (Mother Of All, Mother Of None) of the TV show Motherland: Fort Salem (Season 2) before I went to sleep.

In this dream, I guess I was a witch soldier in The United States Witch Army (military) at Fort Salem, I assume that I was still in basic training or in the War College, but I am not sure.

END_OF_DOCUMENT_TOKEN_TO_BE_REPLACED

I think that this dream from last night was inspired by an allegedly low-budget British science fiction film called Kill Command that I watched last night.

If this film was really a low-budget film (allegedly less than $2 million according to some rumors that I saw online, but I have not seen any official listing of the budget for this film) then I am impressed with the visuals and special effects of this film on such an allegedly low budget, this film was not bad and in some ways it reminded me of another low-budget British science fiction film that I saw called The Machine, and it mostly got straight to the point but it would have been nice to have learned more about the world and characters of this film during the slower moments of the film.

END_OF_DOCUMENT_TOKEN_TO_BE_REPLACED 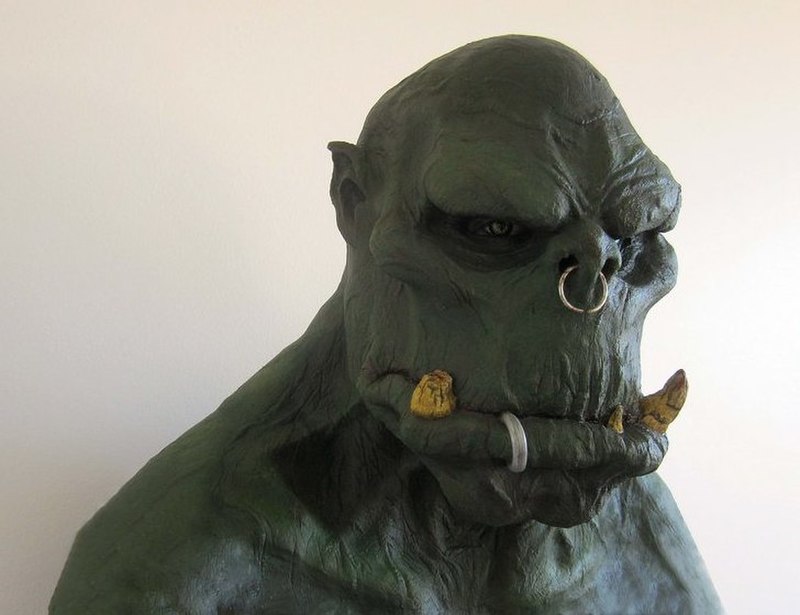 Last night I did not get out of bed to voice record my dreams and I suddenly woke up from this dream abruptly, and so I can not remember most of my dreams from last night except for barely part of the end of this dream.

There was more to this dream before and during this dream that I can not remember unfortunately, and so this dream will not make much sense because most of it is forgotten now.

There were several different things going on before and maybe during this dream, maybe different layers and/or perspectives to this dream or jumping between dreams or parts of the dream, and this part of the end of the dream possibly took place on another planet but that is just my wild assumption (guess).

This part of the dream was like a live action interactive movie (film) and video game combined with a dream, and it seemed to involve a maybe Viking-like group of assumed humans with primitive/old/ancient technology/weapons/armor/et cetera and some newer technology (I am not sure how new) trying to maybe settle on this planet in a small settlement that was possibly near water.

I am not sure if these assumed human settlers were originally from this planet or if they had just arrived, and they were being led by a maybe warrior-like woman with whitish-colored skin with long yellow hair.

Like a video game I had some control over this dream world, and the goal of this game/whatever was to defend the settlement from what I assumed to be tall muscular strong alien orc-like entities (humanoids) with probably primitive technology.

I am not sure if the alien orc-like entities were native to this planet or not or if they were settlers too, I just know that they kept attacking the assumed human settlers, and this was like a turn-based game where you only had a few seconds to prepare before each random attack.

I remember playing/going through several turns helping defend the settlement, I tried different approaches and I even let the female leader lead sometimes, and things were challenging and randomized to make each attack feel more unique and stressful.

I am not sure if I was allowed to directly participate (take part) or not, I do remember possibly physically being there or seeing things like I was there, and the female leader was a good and strong leader and warrior who really cared about her people.

The alien orc-like entities were slowly wearing us down even though we were successfully defending against them each turn, and the battles were pretty action-packed and realistic and interesting.

The assumed humans had probably traveled all of this way and did not want to leave, and so they were willing to defend for as long as they could before considering abandoning the settlement (I possibly talked with the female leader about this, but I can not remember).

I possibly became more involved and I wanted to get directly involved, I am not sure if I got to or not before waking up, and that is all that I can remember of this dream.

I went to bed very late last night and I woke up early this afternoon, and so I can only barely remember part of one dream that seemed to be partly inspired by the latest episode of the television show Game Of Thrones.

Part of the dream involved leaders and rulers and their advisers talking, I am not sure if I was in these parts of the dream or not, and the advisers were trying to warn the leaders and rulers about proper leadership and understanding the people and citizens; and to not underestimate the people and citizens in survival situations like food shortages, and they warned about properly managing the food supply during difficult times.

I think that the advisers recommended focusing on vegetables especially but that is all that I can remember of this part of the dream, later in the dream I was inside a house-like building in a room by a window maybe thinking about these conversations between the leaders and rulers and advisers, and maybe I was following the news and making my own predictions and recommendations in my mind.

I walked into a windowless room where there was a somewhat older woman with medium-dark brownish colored skin with long blackish colored hair standing behind a counter selling food, she had some cooked vegetables that were mixed together, and so I ordered that even though it did not look very good to me.

I remember talking to the woman and the vegetables tasted better than I thought they would, I told the woman this, and I remember leaving back to the other room at some point still following the news and situation; and there were many people starting to get unhappy, and some people were protesting and maybe close to rioting.

There was hope to stabilize the situation but I decided to hope for the best but prepare for the worst, focusing on the food supply and staying safe during the chaos seemed to be the main things to focus on, but I woke up.

All that I can remember of the first dream is at the very end of the dream I was walking in the alley outside of my parents yard by the pet cages during late in the evening or during the night, and so it was a bit dark and I think that I was a bit angry/annoyed about something.

I was trying to walk back to the gate to go back inside the yard but there were some rotten pieced of wood/trees in the way and so I started stomping on them in anger/annoyance, some cockroaches (roaches) started coming out of the wood, and I hate roaches so I started stomping them wildly; but this killing frenzy caused me to wake up suddenly in the real world.