All that I can remember of this dream is that I was at a slightly fictional version of The BP Library at work, and I was sitting in the break room talking with someone who was telling me about scuba diving.

They told me a scuba diving story about how they had went scuba diving with a woman, something went wrong and the woman tried to rush to the surface without decompressing first, and maybe she died later but I can not remember.

END_OF_DOCUMENT_TOKEN_TO_BE_REPLACED 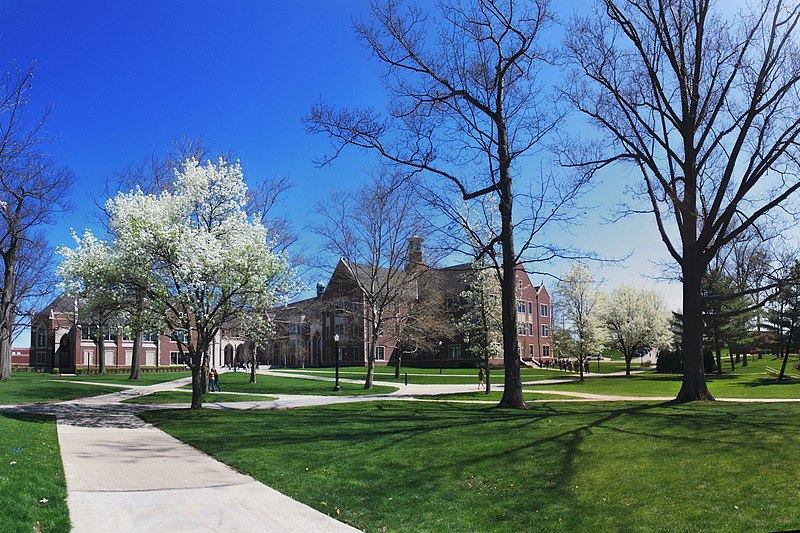 I slept pretty well/deeply last night and I had a long and detailed dream so I forgot most of it, and it took place during a nice day in a fictional place that was like a combination of a college campus and hotel with courtyards/fields with sidewalks and a dock area near water.

During the dream I walked around exploring the various areas like the college campus-like buildings where there were college students, one of the small multi-story buildings was where the religious classes/organizations/groups/et cetera shared the same building with their own parts or rooms on the various parts of the building, and most of them were Christian denominations including Presbyterian (I saw a sign with this word on it over one room area), and several others; and there were a few other religions represented like maybe Judaism and Islam and maybe a few others, and I was surprised that they shared this building which was nice/good in my opinion.

I also explored parts of the hotel-like area where maybe I was staying which had its own cafeteria/restaurant/dinning hall that even the college students seemed to use, I remembering going there to probably eat/drink and it looked nice, and even Hercule Poirot from Agatha Christie’s Poirot was there; and there were other activities taking place and parts of the hotel-like building that I can not remember.

I went back outside at some point to explore the nice courtyards/fields/sidewalks and the dock area near the water, this was very nice and there were other people outside as well, and a talent show was taking place either outside or in semi-outdoor area somewhere a field/courtyard; and so I watched as various people competed and there was a television crew there along with maybe a few celebrities like this was being filmed for television.

There was one man with dark-brownish colored skin from maybe Africa whose talent involved racing around a track on all-fours and normally very fast, it was pretty amazing, but then him and another man got into an argument and then fight; and I had to stop it, but then someone tried to fight me so I had to deal with that too.

After these annoyances I returned to the hotel-like building and I stopped at one of the shared public bathrooms in the hall (probably the men’s bathroom unless it was uni-sex(ed)/uni-gender(ed)), to my surprise/confusion a little girl with whitish-colored skin with long yellowish hair was in the bathroom standing on a stool brushing the light switch with her toothbrush, and so I kindly talked to her about this explaining that she was supposed to brush her teeth not the light switch; and I saw that the light switch was wet, and it was not working and so I kindly told her how it was dangerous/not good to wet a light switch.

I explained everything in a kind/comedic way that she could understand and it made her laugh/smile and this was fun/funny to me a bit as well because I had never seen anyone brushing a light switch before instead of their teeth (she probably asked me several funny questions like kids often do, and it was fun/funny answering her questions and having this silly/interesting conversation; it was nice getting to see how children often are again and how their minds often work), her father and her young brother (who both had whitish colored skin with short dark-colored hair) walked into the bathroom to see what was taking his daughter so long, and I explained the situation to him; and he tried to look for excuses about why the light switch was not working instead of the most obvious reason, and I recommended that he let the hotel know so that they can check it to see what was wrong with it.

He left with his daughter and son but I was not sure if he would do as I recommended or not, but I woke up. 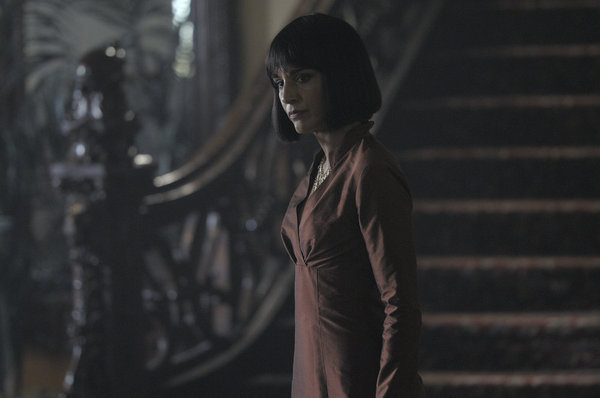 I woke up to use the bathroom during the night, I remembered part of a dream but I was too lazy/confident in my dream recall ability to voice record it or write it down, and so I forgot that dream after going back to sleep unfortunately; but I do barely remember part of one dream that I had after I went back to sleep again.

My memory is very unclear but I think that the dream took place across two different dream worlds (but I could be wrong), one dream world possibly took place during the day in my parent’s yard on the side of the yard near the automobiles & I thought that this was the real world, and the other dream world took place in a fictional multi-story building with a few outdoor areas but most of this dream world took place inside of the building & this entire dream world felt like it was somewhat underground but it also seemed somewhat above-ground at the same time maybe & I knew that this dream world was a dream (but I do not think that the dream went lucid or fully lucid oddly, but I could be wrong).

In the second dream world it seemed that we were adventuring and looking for something in the complex/confusing above-ground/underground/indoor/outdoor/whatever building, and a woman who looked a bit like Mother from the TV show Being Human (North American) seemed to be after us or one of us and/or after whatever we were looking for; and she had at least 10 or more bodyguards/henchmen with her who she used to chase us/fight us during the entire dream.

The unknown man & woman & I spent most of our time exploring the building/dream world, which was cool/nice/fun/et cetera, but we had to keep fighting/hiding from/running from the woman who looked like Mother and her bodyguards/henchmen; and they kept chasing us during the entire dream, but sometimes we would lose them for long enough for us to explore the building/dream world for a while.

At some point we went through a narrow/small maze-like room that led to a large open dimly lit room with a mostly dark half-story floor/room over-looking it, we started talking or something, but then we got interrupted by the woman who looked like Mother and her henchmen; and they were standing on the half-story floor/room looking down at us, and the woman who looked like Mother spoke to us from up there but I can not remember what she said or wanted.

The woman who looked like Mother was very confident like Mother but I did not think that she had powers or was super tough/strong/fast, and at first I thought that she was just a middle-aged woman who was rich & who had a large group of henchmen who worked for her.

We ran to a door that led to the outside (which felt like being outside but also underground like a small world inside a planet), there was a stairway, and I told the unknown man & woman to run while I stayed to distract the woman who looked like Mother & her henchmen; but the two other dreamers did not want to leave me alone, but I reminded them that we were dreaming & so we were probably more powerful than we thought.

I started to feel like I could power myself up to higher level to maybe unlock some dream powers and/or increase my toughness/strength/speed/et cetera, I started boosting my bravery/confidence and I started feeling more powerful like I was powering up, and I told the two other dreamers that I would be okay; and so they finally started running up the stairway to escape to a new area, and I was going to join them again later if I could survive/escape as well.

I went back inside the open room and the woman who looked like Mother and her henchmen were still standing on the half-story floor/room looking down, I think that she sent some of her henchmen after the two other dreamers but they went a different way hoping to catch them by surprise, and then I spoke to the woman who looked like Mother; and I told her that I was not afraid of her and/or that I was more powerful than I looked and/or something like that.

It also seemed that she wanted us alive or at least one of us alive (maybe me), she seemed interested in us or one of us for some unknown reason(s), and so the entire dream she seemed to be using her henchmen to try to catch/capture us and/or whatever we were looking for; and I started to lose some of my confidence/bravery once I felt that she was probably more powerful than me at this time, and so I decided to avoid a fight with her & just have them chase me instead to distract them long enough for the other two dreamers to escape.

Part of me was interested in learning what she wanted from/with us/me, who/what she was, what powers she had or did not have, et cetera; and I even considered surrendering/giving up just to see what she wanted and to talk with her, but I decided to run instead to distract them.

She sent one of her henchmen after me as I ran into the small/narrow maze-like room, the henchman entered the other side of the room, and so I turned off a light switch to make it dark enough for me to hide; and I hid behind a door or corner, and the henchman passed by me without seeing me.

He walked toward the open room looking for me and then I thought about what I should do next, but I woke up

I remember part of a few dreams from last night, with the first dream taking place in a building with many floors, rooms, and stairways; and all that I can remember is walking around the building.

The second dream that I remember took place outside during the day at a lake that my dad, my grandfather, my uncle CE, my cousin ME, my former classmates J & L & their dad, and I once fished at in real life.

In the dream, my mom, my brothers, and I went there to fish.

Strangely, there was shallow water where the grass should be, and we could walk on it.

I remember carefully walking on the water toward my mom, who had called me, as my brothers fished.

END_OF_DOCUMENT_TOKEN_TO_BE_REPLACED

I had this dream fragment last week, actually both of these dream fragments, but I have not been feeling like typing them due to illness and thoughts of actually ending or making my dream blog private or moving my dream blog to another blog website; during times like this I even start forgetting most of my dreams, which has happened the last week or two, it seems that my dreams become less important in times like this and so they are forgotten.

Anyway, the beginning of this dream fragment is too unclear for me to explain but it had something to do with three women, maybe sisters, hiding from the police at some abandoned apartments.