I had a variety of dreams, semi-daydreams, and thoughts that were all about Chromebooks; it was all that my mind was focused on, and I could not stop the cycle.

The dreams, semi-daydreams, and thoughts involved me and eventually other people testing out Chromebooks trying to decide if they will work well enough as laptop replacements for our patrons at The BP Library.

END_OF_DOCUMENT_TOKEN_TO_BE_REPLACED

I went to sleep on the couch for about an hour or so, I did not record my dreams, and then I got in bed and I had several dreams that I remembered clearly enough to record but I did not record them; and so now I can only barely remember part of three dreams unfortunately.

All that I can remember of the end of this dream is that I probably drove a vehicle along a highway, and at some point I drove to a field not too far from the highway.

I can not remember if I was by myself or not, I just remember camping out in this area outside at first, but I saw alligators in the area so then I camped inside my automobile.

At some point I got interrupted by a man with light-color skin riding a horse, he approached me, but I can not remember what happened.

Later I got interrupted again by two brothers with light-color skin who wanted to use the field to try to fly an airplane from, but that is all that I can remember of this dream.

The dream possibly started late in the afternoon or early in the evening and then maybe it was night, but I can not remember if the last part happened the next morning or not.

The living room was larger, nicer, and it had a sunken floor with a fireplace in the center of the room with paintings and photographs and other decorations along it.

This dream involved some of my brothers and I returning to the same version of The E House from the previous dream, it was day, and I remember us going inside the house.

I remember us looking at some of the decorations and art on the fireplace, and my brothers took some of them down for a closer look.

Two were the same painting with one being small and the other being medium size, and they both were of a painting of a buffalo (bison)-like animal/creature with a face that looked like an older version of the video game character Mario from one of the early versions of him.

Another painting was a large painting with a thin caricature of Barack Obama, but that is all that I can remember of this dream.

I had some interesting dreams last night but I was not able to voice record most of the interesting and important details, and so now I can only barely remember part of two dreams.

All that I can remember of this dream now is that it involved some people and I exploring across islands/countries/wherever in isolated places, some of the people with me were former classmates like my former female classmate EB and one or more of the people were possibly celebrities and I do not know who the other people were, and I think that we found a large one-story windowless building on an isolated island; and inside this building there was a main lobby and with many doors that led to many different areas, and behind those doors and in those different areas there were strange paranormal and supernatural and other threats and obstacles.

END_OF_DOCUMENT_TOKEN_TO_BE_REPLACED 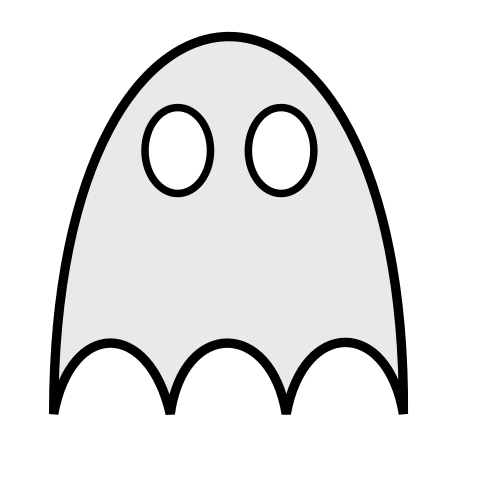 I had 3 dreams last night, the pattern with school and work seems to be the main topics of my dreams now.

My 1st dream was about one of the elementary schools again, except it was for junior high school and high school students, and there was a college connected to the school.

Me and my dad were walking around looking at the college I think and I think I stopped to talk to a few people I knew, after we finished we were leaving but then we saw this boy who was about 12 years old.

He appeared to be lost and so I asked him if he needed help, he said that he was looking for his class and that he needed some help.

He looked like the brother of someone I went to school with, but he seemed like an orphan for some reason.

He reminded me of Huckleberry Finn or Tom Sawyer, anyway we started to walk up the side-walk but a suspicious looking man came walking toward us.

The boy said that he knew the man and needed to talk to him alone, so they walked into the hallway to talk while me and my dad waited outside.

For some reason I had the feeling that the boy owed the man money or something.

After a while they did not come out of the hallway so I went into the hallway to see what was taking them so long, but they were not there.

I had a feeling that something bad happened to the boy, so me and my dad went around looking everywhere for the boy but we could not find him.

So we started to look for the man and he was walking to class at the college, so I decided to follow him around to see where he would go.

But the dream switched to another dream.

My 2nd dream was about work, I was going to look for a job at a building that was a medical clinic, restaurant, and office.

I did not know what jobs they had or which I wanted, so I was trying to get some more information to help me make a decision.

I saw someone I knew named Mrs. F, she was working there as a nurse, she saw me and starting talking to me about something but I do not remember what.

Then she showed me this new environmentally friendly technology they had tested, in their sewer system or something like that, they had water turtles (They looked like sea turtles) living in the place where water goes after you flush the toilet or wash your hands.

She said that this environment is perfect for the turtles, so they repopulate and keep the area clean.

She said that they create energy that the medical clinic uses to give the building electricity, she said they had enough turtles to power the building!

After we finished talking I went to see what jobs they had at the office building, but then it switched to another dream.

My 3rd dream was about me, some family members, and a few friends were inside a Mario Pac-Man video game.

This dream was funny, two people had to be on a team.

One person on the team gets a video game controller and the other person has to run around the game collecting these blue balls without getting touched by the blue ghosts (They are not scary ghost, they are silly cartoon ghosts).

The person with the remote controller controls Mario, Mario has a weapon that shoots smoke that stops the ghosts from chasing you temporarily.

So it is a game of team work, so I was running around collecting the blue balls and some of the other teams were too.

It was funny, but the game got harder when some of my other family members joined the blue ghosts, so we had blue ghosts and people chasing us! 😀

My team lost when I had just finished picking up one of the blue balls, my little cousin touched me on the arm so my team lost. 😀

We had fun though even though we lost, then I woke up.