I barely remember part of two dreams from last night, with the first dream taking place at a fictional hotel during the day and then later into the night & the next morning, and I was there with my family.

I can not remember most of the dream but I think that during the dream one or more of my brothers were having daydreams and/or dreams and/or stories that they were interacting with that appeared inside my dream.

It was like they were making their own movies and/or TV shows in my dream that were appearing in my dream world like parts of the dream, like they could project their dreams/daydreams into my dream or something, maybe.

I was probably able to take part in some of these dreams/daydreams that were movie and TV show-like, there were a variety of them, but I can not remember any of them.

The dream started in the day and went on until the night when we went to sleep probably, and the next morning we probably woke up to get ready; but that is all that I can remember of this dream.

The last dream involved Mr. Marcus who seemed to be having financial problems, and so he wanted to make a cheap film that he would direct / produce / star in / film / edit / et cetera; but he needed to hire one or more actresses, so he put an advertisement on Craigslist or something like that.

Actresses that saw his ad came to his house, which was in a somewhat nice neighborhood that looked like it was maybe in California with a few palm-like trees around, and his house was one floor.

Mr. Marcus had food and drinks, cheap ones to save money, for everyone to eat & drink; and he tried to make it seem that he had more money than he really had.

He had the actresses that were interested in being in the film start signing paperwork while he was going around greeting people and preparing everything, I think that he only wanted actresses instead of actors for his movie, but I could be wrong.

Mr. Marcus was probably not even sure if he would have enough to pay the actresses or not, I think that he was hoping that the film would make enough money so that he could pay them later, and so he was taking some serious risks with this film project of his.

If the film failed then he would be in debt and he would probably get sued by the actresses, but Mr. Marcus tried to stay positive and he continue pretending that everything was okay; but he realized that he would only be able to hire one or a few actresses, and so he would have to pick only a few of them who came.

One of the actresses who came was the pornographic actress A but I can not remember who else was there, and I think that maybe a man came to see Mr. Marcus; and I think that this man was his accountant or someone there to remind him that he did not have much money left.

The man went to talk with Mr. Marcus alone in one of the rooms, but I woke up.

Unfortunately I only remember part of my last dream from last night, which was interesting, but I forgot a lot of the details; it was probably partly inspired by the book 1984 (Nineteen Eighty-Four), which I have been reading recently & I am still reading it since I never read the entire book before.

It was a bit like a movie and the actor Robert Patrick was a military officer in what seemed to be a future time period, and one of the soldiers under him was Colin Farrell.

END_OF_DOCUMENT_TOKEN_TO_BE_REPLACED 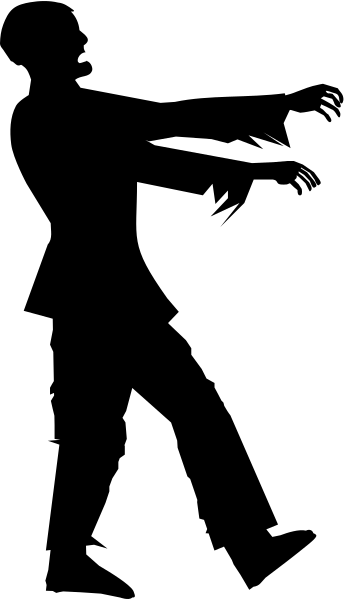 I just remember being able to move things with my mind and basically do almost anything with my mind without using my hands or feet or the rest of my body, which was interesting, and so I practiced seeing what I could do with this technology and/or ability.

I got more comfortable/better using this technology and/or ability as the dream/semi-dream/semi-daydream went on, but that is all that I can remember of the first part of this dream.

I only remember the end of the second dream, where I seemed to be in a facility that had scientists/security/regular people like me?/and me/I, and I do not remember there being any windows in the facility but I am not sure if it was underground or not.

I can not remember most of the dream but it seemed that something happened at the facility that caused what I will call Zombies, to be released/made, like something infected/changed people; and they started attacking everyone.

I am not sure what they were or how they got that way but I will call them zombies since I do not have a better word, but they did not move or sound like the traditional zombies, they were liked crazy Humans pumped up on drugs/chemicals trying to kill everything & they ran fast & the female ones would make a loud terrible screaming noise & the male ones would breathe heavily or something like a wild animal or athlete pushing their bodies to the limit & they could jump/climb/et cetera.

Some of the scientists, security, other people, and I escaped slowly through various areas of the facility; staying a step ahead of the zombies.

The facility had a lot of separate rooms that were sealed from each room by special security codes/locks/procedures, and so moving around the facility was a slow process.

At some point we reached a room that had an upper area over a lower area that led to another room, but we needed to unlock the door first; and it took a while, but the scientists & security opened it eventually.

Before it was opened we talked and did some other stuff, our group was fortunate to have not come across the zombies directly yet, and so things were going pretty well for us.

Once the door to the next room opened we were walking down to the lower area to reach the room, but we heard screams in the distance that sounded like women/people getting killed/raped/tortured/eaten by zombies/or something & so we stopped; but it sounded far enough away for us to have time to reach the room we had just opened.

But suddenly zombies (I did not get a good look at them but they probably looked like regular Humans in clothes that got infected by something so their eyes probably looked different & they probably had veins or something that you could see on their faces but I am not sure) burst into the upper area & the female zombies made a terrible screaming noise that sounded like women getting raped/tortured/killed/or something & that stunned/scared/freaked us out, while the male zombies probably made a heavy breathing noise like an athlete pushing their body to the limit.

For a second some of us thought of fighting them while the others ran to the open room, but then many zombies burst into the upper room from two other areas, and we all ran for our lives; but the zombies ran fast like Humans running as fast as they could, and they could jump, so some of them jumped from the upper area to attack some of us.

I was one of the first people to reach the new room, which was an open gym-like room with a high ceiling, but we were trapped since we would not have time to open the door to the next room; and so a few other people/scientists/security/and I started to climb the walls in desperation.

This seemed pretty real and I was scared/freaked out/climbing for my life, and the loud screams & noises of the zombies was disturbing & realistic, and I could hear & see them ripping apart/killing most of the people in my group.

The zombies were wild/aggressive/fast/brutal/loud, we were trapped, they were getting closer to the few of us hanging on the ceiling, and I felt that all hope was lost; and in my fear/hopelessness, I woke myself up from the dream, so that I would not have to get ripped apart/killed.

I then realized that I had been dreaming and that I was now awake, and then I felt stupid & I laughed a bit; but just in case, I tried one more time to see if I could move a painting/print on my wall with my mind, but I could not.