I had more dreams but I did not record them, and so now I can only barely remember part of the end of my last dream.

I was inside a house in a windowless bedroom with my former female coworker C from The BP Library and several children and / or family members.

END_OF_DOCUMENT_TOKEN_TO_BE_REPLACED

I had more dreams but I forgot them after not recording them, but I did make some quick lazy text notes on my mobile phone of barely part of one dream.

There was a woman who looked like the actress Alicia Vikander as a scientist who was also somewhat Lara Croft-like, I am not sure if she worked for a company or a government or who she worked for exactly, either way she was involved in some research that also involved nuclear weapons for the government / military.

What he wanted was dangerous because it would lead to more countries and people and organizations and companies et cetera having nuclear weapons and the nuclear weapon plans to make their own nuclear weapons, and so the Ms. Vikander-like woman refused.

The man was not going to take no for an answer so a battle started, my memory is too unclear and this makes no sense, but the battle involved the video game Empire Earth being played out in the dream world outside the window of the breakfast room in the yard.

There was an island map from that video game in the yard, it was small enough to fit in that area so it was like a miniature dream world within this dream world, and there were two islands on a body of water with one island belonging to the Ms. Vikander-like woman and her company / whoever and another belonging to the man and his company.

No fighting happened yet, they both retreated to their islands to build their armies and defenses et cetera, and the man seemed to be waiting and hoping that the Ms. Vikander-like woman would use her research to build some nuclear weapons and / or bring out the already made nuclear weapons so that he could steal them and / or the research.

I could be wrong but I assume that the island map had already been outside, and that both of them already had some structures set up so maybe that is where the woman was doing her research before and maybe the man’s company or one of their locations happened to be on the other island but I have no idea.

I am not sure how long I had been in the dream or what I was doing, but I do remember standing in the breakfast room looking out the window after they retreated to the island map outside.

I watched from a distance trying to predict what they might do and trying to think up a strategy to help the Ms. Vikander-like woman so that I could enter the island map and tell her and maybe even help her directly.

She did not have any military forces or defenses yet since her faction was just focused on research, so she was vulnerable to attack, and she was in desperate need of defenses and military forces.

She seemed to be trying to focus on upgrading first before working on her defenses and offense, I felt that this was too risky, and I would probably recommend doing a bit of both so I tried to figure out what epoch she was in so that I could think up a strategy.

In my opinion she needed to build some anti-aircraft and anti-land / anti-sea defenses first while doing some upgrading, then build an airport and barracks et cetera, and start building an air force quickly for defense and offense.

I decided to try to focus on conventional weapons and plan a strategy around that.

I either daydreamed my plans and / or I really entered the island map to help the woman, and I started focusing on the defenses and offense while she focused on the upgrading.

All that I can remember of the very end of this dream is that I was watching a rough (no music, background sounds, film crew conversations, et cetera) promo / teaser / behind-the-scenes-like video for a futuristic Batman-like movie.

The video started in a dark area that had some lights so there was lighting but there were shadow effects from the darkness as well, maybe an underground parking garage or a normal parking garage or somewhere else, and to me it seemed to take place in maybe the future but I am not sure.

My memory is unclear but I think that a very high-level male politician or businessman or someone who was overweight with light-color skin with gray / white hair wearing a suit had arrived at this building with his bodyguards.

I think that someone gave someone an order to assassinate that man, and then the scene jumped to someone who had a small device that I assumed to be a nuclear weapon (I am not sure why I assumed this), and they were planting the device and arming it I assume.

The person then did something strange that I can not remember where they probably did something to themselves to remove part of their memory of what they did so that they could honestly deny it if they got caught, and I remember a substance falling from them into a metal drain and the substance was like an egg white and egg yolk like this was part of their brain that they let fall out which contained some of their memories.

The camera then followed this person from behind who was wearing what looked like a somewhat futuristic black Batman-like suit with cape, everything was filmed very dramatically and maybe there were some slow-motion effects, and the camera slowly panned up to where you could see the back of the person’s head as they walked.

The person walking seemed to be a man even though you could only see them from behind, there was a sound that seemed to be coming from the back of the mask where the two pointy tips (ears or whatever) are, and the sound was almost like something shaking around (I imagined pecans for some reason 😀 ) as this person walked dramatically.

The person reached a room with better lighting and they took off the mask, and this person looked like (was) my former male classmate DH or him combined with my male cousin EE or I saw both of them wearing similar suits; but I felt that he was supposed to be an alien or something even though he looked human because maybe his eyes looked strange and he had a strange alien-like futuristic hairstyle.

A few angles were filmed, a male director or someone gave some directions, and they filmed a few more angles.

My former classmate DH asked a few questions and they did a few shots of him doing some martial arts moves, and then they started a scene where the actor Idris Elba walked in wearing the same suit and he had futuristic dreadlocks and facial hair and maybe his eyes looked different like he was also supposed to be an alien or something even though he looked human and he looked like an alien futuristic version of his character Heimdall from the movie Thor: Ragnarok. 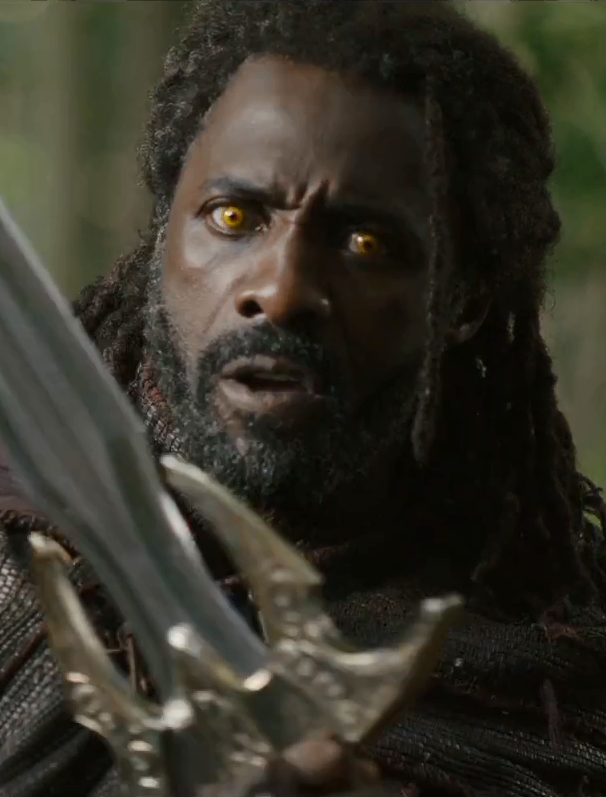 Mr. Elba and my former classmate DH greeted each other with a kiss on the lips, which was weird, but I assumed that it was some kind of alien greeting because I assumed that they were supposed to be aliens even though they looked human and the kiss probably did not seem romantic.

Mr. Elba’s character seemed to be ranked higher than my former classmate DH’s character, and Mr. Elba started talking to him like he was an officer talking to a soldier that was lower ranked than him.

Mr. Elba told my former classmate DH that he suspected that he had just done something bad, and he wanted to know what he did and he probably mentioned some evidence that said that he was going to possibly try to assassinate that high-ranked man from earlier.

My former classmate DH told him that another high-ranked person gave him the order to assassinate that man, but he had no memory of trying to do it.

I think that the scene ended there, and there was talk among the film crew and they probably practiced some fight choreography and the video ended.

This dream was more detailed and clear but I possibly messed up on some parts when typing it, and I did a bad job of describing it here.

Today The Daily Post had a Daily Prompt called Detonate, and this is what it said:

Write a new post in response to today’s one-word prompt.

Not sure how to participate?

Here are the steps to get started.

*Warning, the video below contains spoilers for the 1964 film Dr. Strangelove Or: How I Learned To Stop Worrying And Love The Bomb*

My memory of my last dream is super unclear for a variety of reasons and so all I remember is random unclear fragments of the dream; and so the dream will not make much sense.

I know that several members of the YouTube channel 4YallEntertainment were in several parts of the dream, and they are part of the reason that I can not remember this dream because in the dream I thought that they were recording my dream along with their video skits that they were filming; and so I kept thinking that it was not necessary for me to bother remembering my dream because of that.