I had more dreams that I remembered but I did not record them, and so now I can only barely remember part of one or two dreams.

Part of this dream or another dream possibly involved some of my coworkers.

END_OF_DOCUMENT_TOKEN_TO_BE_REPLACED

I fell asleep on the living room couch until after 3 AM and I got in bed, I had a variety of dreams during this time that I remembered but I did not record, and eventually I forgot them all except for barely part of one dream.

This dream took place at a fictional version of The BP Library, and I was there working at my IT Assistant job.

A variety of clear scenes happened during this time, almost like a movie or skits happening in the dream itself, and each one was different but flowed smoothly to the next but I can not remember most of them.

One of them involved a man who spoke English with a Spanish accent like he was from Spain, he was a cool and relaxed rogue swordsman-like man, and he talked with various people.

At some point the rogue offered a bit of oil to the female knight that he put on her hand, she smelled it and maybe tasted it, and then she started to smile for the first time and it seemed that she finally felt positive about the rogue; but then she fell to the ground.

Her knights under her thought that she was dead, that the rogue had poisoned her, and so they killed him immediately; but the female knight woke up eventually, and they learned that she had fainted.

I assume that she had started to like the rogue and I guess she got too excited and fainted, and so the knights had killed the rogue by mistake.

The female knight was sad about this and the other knights felt bad.

The next thing that I remember is working with my coworker Mr. JM and the dream was using a text-based adventure/RPG video game style to it for almost everything, and at some point a male patron with light-color skin wearing a cowboy hat was standing near us needing help so we started to help him.

The patron also used the text-based adventure format, and so how we talked and acted all had to follow this format which made everything take a long time.

About thirty minutes later the patron was still being helped, but he seemed to be having fun; but that is all that I can remember of this dream.

I should have recorded my other dreams that I remembered, but they are forgotten now. 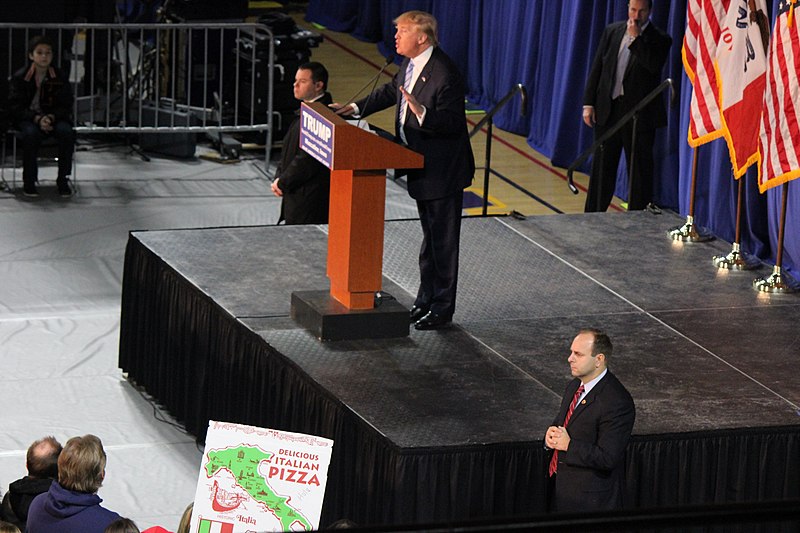 I remembered more of this dream during the night but I did not voice record it before going back to sleep, and so I can not remember most of it now.

All that I can remember of this dream from last night is that it was probably inspired by a random film that I started watching the other night called Tallulah, but I have not had a chance to finish watching the film yet and I only got to see the first few minutes of the film so far.

All that I can remember of this dream is that Ellen Page was in the dream but I am not sure if she was herself or if she was one of her characters like her character Tallulah from the film Tallulah, and I remember us talking.

I do not know what we talked about or what else was going on in the dream, we did some other things but I am not sure what we did, and that is all that I can remember of this dream.

This dream was probably partly inspired by a news article that I read last night about how President Donald Trump is still using private security even though he also has Secret Service protection.

All that I can remember of this dream is that I remember seeing a man with whitish-colored skin who seemed to be a news presenter | news anchor who was talking about how Russia is doing a push to outdo the United States at selling cheap oil, selling weapons and other military equipment, making and supporting allies and making them somewhat dependent on them through them buying their military equipment et cetera, et cetera (basically modern-day empire building and trying to be a superpower).

He was afraid that eventually Russia would surpass the United States in some of these areas, and he wanted President Donald Trump to try to prevent this.

He showed video clips of the situation in Syria, and then he showed edited video clips showing what he thought was Russia’s strategy and what the future might look like if Russia continued to outdo the United States at its own game.

The next thing that I remember is being inside a school and something happened that I can not remember where maybe a boy and girl with brownish-colored skin with maybe black hair (who were maybe fictional cousins of mine or something, but I am not sure) and I somehow got stuck/forced in a classroom with The President Of The United States Donald Trump and his private security.

I am not sure how this happened but my guess is that maybe we happened to be walking in the hallway when President Trump and his private security were walking through to wait in a classroom until it was time for him to give his speech, but since we saw this they probably forced us to wait in the room with them until they leave probably because they did not want to risk us letting anyone know where President Trump was.

At some point I put my head on the desk to rest my eyes, and later when I looked up President Trump and his private security were gone to my surprise.

I thought that they would let us know when they were going to leave but they did not, and so we left the classroom to go to the auditorium where President Trump was going to be giving a speech I assume.

We entered a back door to the auditorium which had no security to my surprise, and in this back area my parent’s and some of my family members and some other adults were sitting behind the VIP area where politicians and celebrities were sitting like Hillary Clinton and Bill Clinton and Chelsea Clinton who were not sitting with each other.

In front of the VIP area and behind the stage was were the students were sitting, and oddly the United States Secret Service seemed to only be guarding the other parts of the room except the back area where I entered where some of the adults and VIPs were and President Trump’s private security were probably guarding him along with probably some Secret Service agents.

I only saw one open seat so I sat there, and then I realized that sitting to my left was Hillary Clinton, and I remember her having a focused neutral-negative or negative-neutral facial expression as she stared at President Trump like she was thinking that she be her up there on the stage as The President Of The United States.

Either before President Trump’s speech or after it Chelsea Clinton walked on stage to say a few things, and during this I remember Mrs. Clinton talking with a young woman with whitish-colored skin (maybe a family member of hers) commenting about the outfit that Chelsea Clinton was wearing.

Mrs. Clinton mentioned when Chelsea had last worn that outfit and she said that the outfit was not a good look for her, but at least she likes the outfit, and then they said a few other things about fashion.

The next thing that I remember is the event was over and I was walking outside during the day with the girl and boy near an area that looked somewhat like the area outside of my aunt JE’s house, and there was a small house on the right with a clothesline in the back.

An old woman with a bathrobe walked outside and invited us inside, and this old woman was Mrs. Clinton who had changed out of her clothing from earlier into something comfortable and she was acting relaxed and normal like I have never seen her act before.

The house was a small simple quiet house, maybe one of her properties where she goes to be away from it all, and as she was walking us to the living room Mr. Clinton walked by and greetings were exchanged and he kept walking to another room.

We had a short conversation with Mrs. Clinton who was relaxed and who was acting like nice grandmother until she started to act somewhat like a diva when she felt that it was time for her to move on to something else, and she told us that we could take a few photographs and record a short video with her before leaving like she was so special that she was doing us a favor by allowing us this honor so that we could say an prove that we had met her in person or something like that would give us some fame and like we could sell these images and the video.

I had not thought about doing that at all, we were just on our way somewhere else when she invited us in and so we accepted to not be rude, and I did not want to be rude or make her angry so I got my mobile phone out so that we could take some photographs and record a short video with her.

Even though she was now acting a bit like a diva, she had been kind to us, and to me she was trying to do something in her own special way that she felt would help us so I was able to understand this.

I could not find the camera app on my phone, oddly it had been deleted so I had to download and install it again, and then I was able to take some photographs and record a short video.

We thanked Mrs. Clinton and then we said goodbye and we left, but I woke up.

This could be two or three dreams but I am not sure so I will type them as one dream, the dream took place mostly during the day at a fictional one-story hotel/house, and I was there with my family staying in one of the rooms; and there were some other people/families staying in the few other rooms.

It was a very nice hotel/house that seemed to have been a nice house with a huge park-like yard and the family who owned it decided to turn it into a small hotel where each room opened to its own part of the park-like yard I think, but there was a shared outdoor area and there were some shared indoor areas where I met some of the other people living there and the owners or workers.