Part of this dream involved me testing out the ad blocking web browser extension uBlock Origin while I was at work at The BP Library.

uBlock Origin had a new save feature of some kind that let you save website pages or something strange like that.

END_OF_DOCUMENT_TOKEN_TO_BE_REPLACED

The end of this dream took place inside a waiting room, I was there with my mom, and several men were there as well.

We were waiting on our turn for something that I can not remember, so we were sitting down.

END_OF_DOCUMENT_TOKEN_TO_BE_REPLACED

I feel asleep on the living room couch again by accident as my body is still thrown off by daylight saving time, and so I have been going to sleep an hour earlier on the couch by accident when I get tired and I have been waking up an hour too early and not able to go back to sleep so I lay in bed for an hour until my alarm clock goes off which leaves me not feeling so good when I wake up.

I did not record most of my dreams, and so now I only barely remember part of the end of one dream.

END_OF_DOCUMENT_TOKEN_TO_BE_REPLACED 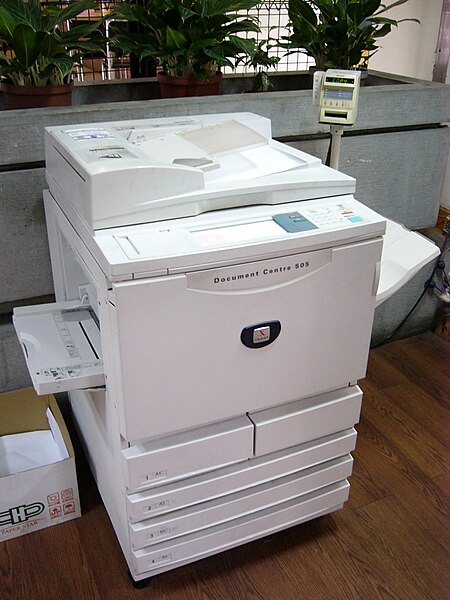 All that I can remember of this dream is that it took place at The BP Library where I work as a shelver, and I was working on my shelver job.

As I was walking back to the shelving room, a somewhat older male patron with whitish-color skin with somewhat wild/unkempt white/gray hair approached me, and he wanted help using the copy machine/printer/scanner so I walked over to try to help him even though I have only been shown how to scan to email.

The man had some papers in his hands, some of them possibly involved professional wrestling, and the man wanted me to show him how to make a copy of one or two pages so I showed him after I figured it out.

He then wanted me to show him how to scan some of the documents as files, and so I showed him how to do this once I figured it out.

Finally I asked him if he needed help with anything else, but I can not remember what his response was before I woke up.

Last night I had several dreams but I can not remember most of them, since recently I have done volunteer work almost each day I guess you could say & dealing with other things, and so I have been forgetting more of my dreams; but I still have several dreams every night.

Last night during the dream I am about to mention, I did not realize that I was dreaming, and so I remember telling myself/reminding myself in the dream to type about my helping / volunteering with the firefighters, because I thought that I was in the real world. 😀

The dream is unclear, but I remember going to a fire station at some point in an unknown place, where some firefighters worked; and something happened that was either a major storm and/or some strange event that caused us to lock ourselves inside of the fire station.

I remember meeting the firefighter in charge and the fire fighters who were several men & several women, and maybe a few other people who came to the fire station with me and/or for safety.

The dream was a longer dream with more detail & dialogue than usual, it was like a disaster movie in dream form or something but realistic, but I have forgotten most of the dream unfortunately; but it was an interesting dream spending so much time talking with & helping other dream characters.

The other dream characters and I got to know & trust each other as we were forced together inside the fire station and as we had to work together to figure out what to do & how to survive & help people.

Some strange things happened outside and inside the fire station that were possibly going on in not only a minor way in our location but also some of the events probably were going on in a major way not only just in our location but maybe in the city, state, country, and world, but I can not remember what happened, unfortunately; but at some point it was safe enough for us to go outside again at the end of the dream.

The dream had a lot of mystery, suspense, drama, realistic parts, and the dream characters & I learned & developed as the dream went on.

Besides the things that were going on outside the fire station, the dream explored the struggles between us dream characters as we had to deal with that & each other & how we had to deal with the outside world as we struggled to make sense of the situation & survive & help people; and there were several layers to the events outside & inside that were strange, but I can not remember them.

I got to know some of the other dream characters since we spent much time inside the fire station together, and I remember telling them that I wanted to start volunteering at their fire station and the fire fighter in charge said that he would allow me to volunteer.

I might be mistaken but I think that during some of the strange events inside & outside of the fire station, that the fire fighters in charge were changed at some point, either from death or injury or loss of confidence or some other strange reason.

It was at the end of the dream when it was finally safe enough to go outside, that I told/reminded myself to type about my experiences on my blog when I got to a computer, because I did not realize that I was dreaming since the dream was so realistic, even though some strange things happened; but I woke up as we walked outside thinking & talking & looking around to see the aftermath of whatever had happened.

Thanks to Ms. Robin, I remembered part of something that happened between waking & sleeping, this morning.

I woke up partly in bed still about half asleep and I was going back & forth between waking & sleeping feeling slow & still tired & I could barely move & things appeared to be moving slower.

I am not sure if I saw this part in a dream state or a waking state, but I remember seeing the framed print of The Young Shepherdess painting that I have on the wall above my bed seemed to possibly be somewhat moving or it was just the slow blurry effect that I saw as I was going between waking & sleeping; and it appeared that she was somehow trying to communicate with me, but things were moving slower & blurry & I was in & out of various states.

I would open & close my eyes trying to look up as I went back & forth between waking & sleeping, and there was this blurry barrier-like effect that I would see that made her seem to slightly be moving like she was trying to tell me something but it was too hard for her to move & she could not talk & so I was going to have to touch the print to communicate with her it seemed; and so I tried to slowly move toward the print to touch it, but things were moving slow & I was going between various states & so it was hard.

I kept trying, and at some point I finally touched my hand on the back of her hands in the print which is covered by glass & so I was touching the glass, and then I moved my hand away after about two or three seconds expecting some information to start appearing in my mind or something; and then I lay there in an awake state for a moment.

I went in & out of waking & sleeping but I can not remember anything else except that I tried touching the print again at some point; but that is all that I can remember, except that I finally went back into a normal fully awake state at some point without the strange effects.