All that I can remember of this dream from last night is that it was inspired by me playing the video game Fallout 4 before going to sleep, and the last thing that I was doing in the video game was adjusting my defenses at one of my settlements.

In the dream I was doing the same thing across several of my settlements during the day, I focused mainly on building scaffolding from the Fallout 4 Contraptions Workshop DLC at each settlement, and on top of them I would build four heavy laser turrets guarding all four directions.

END_OF_DOCUMENT_TOKEN_TO_BE_REPLACED

I did not voice record my dreams during the night so I forgot most of them except for part of two dreams, but I can not remember most of the first dream.

I think that this dream from last night possibly took place at a shopping mall and I was walking around alone and maybe with some other people, it was probably a large mall with many people, but that is all that I can remember of this dream.

END_OF_DOCUMENT_TOKEN_TO_BE_REPLACED

All that I can remember of this dream from last night is that it took place during the day, I was shopping inside a Dollar General or a similar type store, and I was walking on different aisles.

I noticed that one of the male workers seemed to be my former schoolmate EW, at some point this worker was on the aisle across from the aisle that I was working on, and he was stocking the shelves.

We had a brief conversation, and then I woke up.

All that I can remember of this dream from last night is that it was like a combination of the video game Fallout 4 and the television series The Walking Dead, and it took place during the day at a large area with buildings and a partly fenced in parking lot/courtyard.

The dream involved Rick Grimes going to this location to try to deal with some threats that have been attacking and kidnapping people from his settlement and other settlements, and so he was going to try to stop the threats and save people who have been kidnapped.

The source of the threats was believed to be a man who was probably a bit like The Mechanist, who probably seemed a bit crazy, and he was using robots and traps and other things to defend this area and to attack and kidnap people from settlements and people who got too close to this area.

I decided to help Rick Grimes who had his revolver and I had a laser pistol, neither of us had armor or shields, and we sneaked into the parking lot/courtyard to scout the threats and traps and to look for kidnapped settlers in the different buildings.

The situation was worse than we thought, there were many robots and other threats and traps defending the insides of some of the buildings including heavily armored and heavily armed sentry bots, and so we were not prepared to fight against defenses this strong with just the two of us.

We did not let this stop us though as we sneaked around trying to find the source of the threats and the kidnapped settlers, and at some point we found a building that was not defended.

Inside this building we found a small settlement of people who had been living and hiding there who seemed to be somewhat trapped and afraid, some of their people had been kidnapped and attacked, but they were not prepared to save them and they were too afraid to leave.

I had the idea for them to join us, some of them could help us find the kidnapped settlers and defeat the threats while the others hid until we were done, and then we would train them and help them set up a new settlement and/or join Rick’s settlement.

Rick did not support this idea at first because he did not know or trust them and because most of them did not seem ready, he felt that it was too risky and could cause us to fail our mission, and I understood his concerns but I let him know that we probably would not be able to complete our mission without help.

Rick ask them some questions and gave the a few rules and gave them some advice to help them survive, after this he agreed to help them and let them join us under his terms after they agreed, and a man in this group who was somewhat their leader to them that they all had to help us complete our mission.

I disagreed with this because some of them were clearly not ready and did not have proper weapons, only a few of them had guns, and I was afraid that they would die.

Their leader told me that they needed to prove themselves and help the team if they wanted to be part of the group because we needed all the help that we could get, and he wanted to earn the trust of Rick.

I understood this but disagreed in this situation, and I warned him of the risks so I gave them some advice to help them hopefully survive through our mission.

We gathered up weapons and supplies, quickly tried to prepare everyone, and then we left their building to complete our mission because we still was not sure where the kidnapped settlers were or where the source of the threats was.

We walked into the parking lot/courtyard as I continued to give advice to the others hoping to prepare them the best that I could, but I woke up.

Last night was strange, I do not think that I slept well at all, it was like I was barely sleeping and barely dreaming.

It was not a good feeling, part of my dream or dreams involved the video game Fallout 4, and it involved settlements mostly.

I remember trading posts and stores, merchants, settlers, et cetera during the day but that is all that I can remember of this dream or dreams.

The rest of my dream or dreams involved mattresses, mattress protectors, pillows, my poor sleep, et cetera but that is all that I can remember of this dream or dreams. 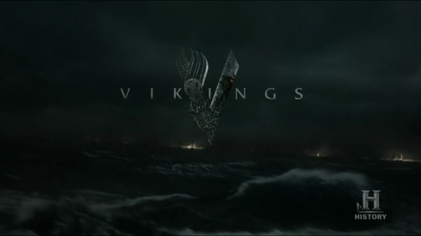 All that I can remember of this dream is that it took place during the day, and it involved the video game Fallout 4 and the History channel television series Vikings.

Part of the dream involved me managing the Nordhagen Beach settlement, so I was building and moving around various objects, and I remember the beach with its sand and the water.

It was a nice sunny day outside, but that is all that I can remember of this dream.