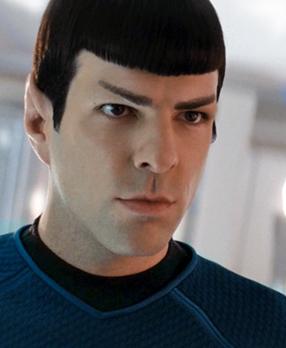 Once again I almost did not have any dreams and I forgot most of the only dream that I barely remember part of, I had gas last night but I slept pretty well/solidly, and I somehow managed to somewhat remember part of one dream but my memory of it is a mess/messed up and so it will not make much sense.

At some point I was inside a building in a room where there was/were mostly men or only men, my former classmate MP (BJ/Big J) was there, and there was a black colored cage like mixed martial arts (MMA) fighting cage except that it was square or rectangle shaped; and I remember talking with the men/people there, and it seemed like there was a food/drink stand not far from us and it seemed like a mixed martial arts tournament was going to take place.

At some point a conversation about fighting/grappling began and somehow it led to my former classmate MP (BJ/Big J) and I getting in the cage to see who would win in a grappling match or fight, my former classmate MP was taller/fatter/more muscular in the dream than he is in real life, and he looked super big/tall/fat/strong so it looked like I should not stand a chance against him and no one thought that I could win.

The others expected that it would be a quick and easy win for my former classmate MP, our fight/match started and I focused on using my speed and positioning to get him in a position where I could take him to the ground to put him in a submission, but I also tried to test my strength against his strength to see how strong he was compared to me; and at some point I took him to the ground, and I tried to put him in a rear naked choke submission/chokehold but his neck & body was very fat/thick/strong and it was too hard to get the chokehold in properly.

Even though I was having a hard time trying to get the chokehold in, I still was winning and I had him under control mostly because I was using my grappling skills which were way better than his, and eventually I got the rear naked choke in properly; and he tapped out/quit, and I won the match/fight to the surprise of everyone.

My former classmate MP and I shook hands after our match/fight and we went back to talk with the other men/people, and they were so impressed that they wanted me to join the mixed martial arts tournament but I had not training and I did not want to take part in it really; but they convinced me to at least fight in one round, and so I did.

More people arrived and the mixed martial arts tournament started and I fought my first official fight, and I won; and I moved to the next round, and I fought in several rounds winning each time to my surprise.

At some point Spock from the newer Star Trek films was there watching my progress and he was or became my next opponent, I remember there was talk and/or thoughts about his advanced fighting skills and maybe about his Vulcan fighting style, and so I was not sure if I could win or not and I knew that fighting him would be a challenge; and Spock was being a bit cold/serious/focused/quiet as usual.

Our fight started and Spock was my toughest opponent yet but my grappling skills gave him a hard time to his surprise, and I survived the first round against him which shocked and annoyed/confused and angered him; and it seemed that Spock refused to lose, and so he realized that he was going to have to start using more of his true potential and some of his secret/advanced fighting techniques.

In the second round Spock slowly started unlocking more of his true potential during our fight and he started to slowly use more advanced/secret fighting techniques, and I started having an even harder time surviving the fight; but Spock was still annoyed/confused/angry that he still had not defeated me yet, and he unlocked a power/technique that was confusing that I will call the slow motion/fast motion blackout technique.

This power/technique allowed Spock to move either super fast and/or to slow down time (or it seemed like time was slower because of how fast he moved) and a blackness surrounded him and a certain area around him preventing you from seeing through the blackness, but fortunately somehow I was able to use this power/technique to his and my surprise; and so we both fought using this slow motion/fast motion blackout technique/power, and it was confusing/amazing but the others watching our fight could not see us through the blackness when we used this power/technique.

Spock was one of the characters who stood out in this dream and in a way he probably represented me or part of me, during our fight and during our breaks it seemed that we were somewhat connected because I could somewhat see/hear some of his thoughts and/or he spoke out-loud and we had a similar style of thinking/planning being a strategist during fights trying to predict our opponents moves and how to defeat them, and so we had this in common as we fought trying to plan and predict what the other was going to do and how to respond to it and so it was like fighting a stronger/more skilled/more powerful version of myself.

I remember struggling to survive against Spock even with this new power/technique, Spock started to become angry and frustrated to the point where he was unlocking even more of his true potential and I feared that he might lose control and kill me, and fighting with this technique/power was like fighting in slow motion because we were moving so fast; and we had time to try to guess each others moves to try to counter each other, I barely survived the second round, but I did not think that I could survive a third round.

During the break after the second round I remember having a few minor injuries and I felt that there was no way that I would win because Spock still was not finished showing his true potential and advanced/secret techniques and he did not look hurt or tired, and I remember seeing him sitting in a chair looking forward/straight ahead looking angry/frustrated/focused/serious and a bit out of control; and he was ready to defeat me in the third round even if he had to unlock all of his true potential and techniques because he refused to lose (losing was not an option and he felt very strongly about this for some unknown reason(s)), and he was still confused about how I was able to survive this many rounds against him and he could not logically make sense of it and this frustrated him even more because even he could not make sense of it (I was a bit surprised that I survived that long as well).

I no longer had any will to fight really and I thought about quitting but something/someone interrupted the tournament so there was going to be a long break, I took this as a chance to quit, and I remember a man trying to talk me out of quitting but he failed; and as he was walking off I realized that I had seen him earlier in dream and that it seemed that he had recognized me too, he was a worker or one of the owners of the Cajun-like business/restaurant, and so I stopped him to ask him if that was true and he said yes.

He had whitish colored skin with short blondish/brownish colored hair and he was wearing a whitish colored t-shirt with blue jeans and he probably had a somewhat fat stomach, he said that he recognized me from earlier as well, and we said a few more things before saying goodbye; and I officially quit the tournament, I came across my dad somehow, and we both drove in separate automobiles to leave LC but we stopped at the bridge that leads to MB.

I wanted to use my new slow motion/fast motion blackout technique/power to jog across the bridge and/or all the way back to D, I told my dad that he could continue and that I would try to catch up with him later, and so my dad left; and I started jogging across the bridge and fortunately no automobiles were driving across the bridge at this point, but at some point I realized that trying to jog home like this was not going to work very well (it was slower and more tiring than I thought that it would be) and I noticed a somewhat older woman with whitish colored skin with medium-length blondish colored hair on the bridge as well and so I stopped to greet her.

She was enjoying the view of the C River from the bridge and she also was looking a some fictional construction on the left side of the bridge where an area was being built so that people could walk and hangout with a nice view of the C River, but the construction was not finished and the area was blocked off; and I remember us talking about this and about my new power/technique and about my failed plan to jog back to D, but then we saw someone else jogging up the bridge using the same technique/power and so we could not see the person through the blackness at first.

I ran toward the person using the same technique/power and the person stopped, it was a man who looked like the actor Justin Long, and I greeted him; and traffic was starting to come across the bridge, and so the three of us climbed to the area that was still under construction but no one was working on the area at the time.

At some point I wondered how was I going to get back to D and I remember hoping that my automobile was still near the bridge, but I woke up.