All that I can remember of this dream is that it involved China having / testing / experimenting with a new technology / ability that allowed them to see / guess a few thoughts that a person have in their mind / brain; basically very limited mind reading.

This technology / ability allowed them to see / guess about the first three thoughts that a person had / would have.

END_OF_DOCUMENT_TOKEN_TO_BE_REPLACED 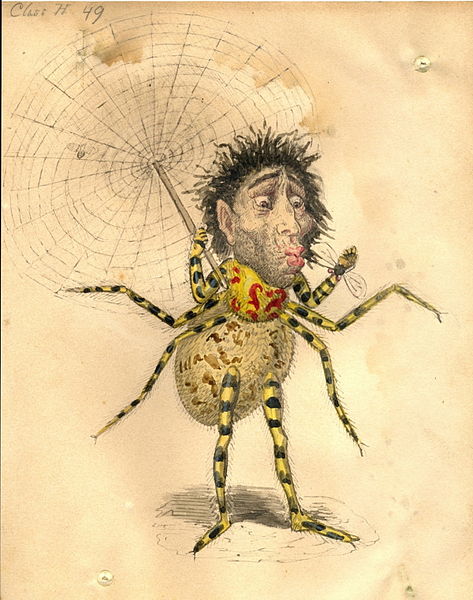 My dream recall/memory of my dreams is even worse than yesterday and I hope that this pattern does not continue, if it were not for my better than average dream recall and my ability to at least remember something if I focus hard enough, I would have forgotten everything; I am not even sure if this is one dream or several connected or similar dreams or if I woke up several times during the night or not, I just know that it was nice and cold in the room and I did not want to get out of bed, and my memory of my dreams would quickly fade and I could not really save them.

What I can remember is very unclear, corrupted/messed up, confusing, et cetera and I remember a nice wilderness area that was possibly in a fictional country or place near the city of D; and I visited this wilderness and I had memories of visiting it in the past, and this area had mountains/water/forests/caves/et cetera with a nice view.

It is possible that I stayed in a cave in this wilderness with several other people, at least one woman and several men, and something happened during our stay that I can not remember (many things probably); but that is all that I can remember of this part of the dream.

I remember riding maybe a bus with other people (kids/students/teachers on a class trip, city workers, a man who looked like the Dragon Ball character Krillin, and random people) during the day to visit this wilderness area, many things happened that I can not remember before/during/after this part of the dream, I remember a man with whitish colored skin with yellowish hair who was from a rich well-connected family who was there for revenge I think.

I remember three living spiders on an object that had three different connected parts (a bit like a cricket cage/holder maybe), one spider for each part, but I am not sure where the spiders and the object came from (maybe the wilderness or the man who wanted revenge or someone/something else) but I think that they possibly were to be used against me maybe; and the man from the rich family probably attacked whoever/whatever for revenge or he attacked everyone, but he was stopped and he was probably arrested when we returned to the city of D in the field by SL Baptist Church.

I remember having the three spiders and the object with three parts that they were on put into another container to imprison/contain them and maybe they were taken to jail with the man from the rich family as well but I am not sure, I remember talking to some of the city workers about how I was looking for a job and how I had recently had an interview for a city job, and we walked across the street by HD Head Start to a fictional building for city workers and Mr. CA had an office in the building.

I remember talking with them and Mr. CA and helping them move some heavy furniture, they mentioned the city job that I had an interview for and they told me that Mrs. S got the job and that it was a shame that I did not get the job since/because she already has a job with the BP School Board so they should have given the job to someone who was unemployed like myself, and they wished me luck in the future; and at some point I went to my parent’s house.

The man from the rich family got released from jail thanks to his rich family and their connections and a good lawyer, somehow the three spiders and the object that they were on that had three parts that I had contained/imprisoned in another container ended up with me at my parent’s house, and I remember one of the spiders getting out into the bathroom when I opened the container; and a second spider probably got out in another room, and the third spider probably stayed on the object with three parts.

I think that one or all of my three clones were certified private detectives and each of them had a different set of skills/personalities/job certifications/et cetera, they all seemed to have been made by someone/something to be used against me (probably like the spiders, who were possibly also the three clones, but I am not sure), and so like the three spiders they were now loose/free again.

I remember talking to my three clones one at a time to learn more about them and hopefully get them to stop their mission against me (I think that these talks took place in three separate fictional parts of the house, maybe like a human house-like version of the object with three parts that the spiders were on, and I remember one of these parts being dimly lit with a lot of plants like a green house) I had a good talk with each of them (maybe they were going to stop their mission against me), but I can not remember the rest of the details other than seeing one or more of their private detective certifications and badges; but that is all that I can remember/make sense of from my mostly destroyed memories of fragments of this dream or dreams.