In part of this dream, I was working at The BP Library, my female coworker JB & her husband Mr. BB showed up, and I asked them if they needed some help.

During our conversation, JB mentioned that Marc Rebillet helped her the other day with something, maybe something involving music, while he was in the city of D visiting someone named King.

END_OF_DOCUMENT_TOKEN_TO_BE_REPLACED

This dream took place during the day in a fictional city in a field outside and inside a tented area at a small fairground-like where an event was taking place, and I was there with some of my family including my deceased grandfather CE; but I did not remember that my grandfather CE had died several years ago.

END_OF_DOCUMENT_TOKEN_TO_BE_REPLACED

I had several dreams that I remembered but I did not record them before going back to sleep each time, and so now I barely remember part of several dreams.

I had one or more dreams that were probably inspired by me watching the anime movie Sword Art Online The Movie: Ordinal Scale before going to sleep.

END_OF_DOCUMENT_TOKEN_TO_BE_REPLACED

I had more dreams but I did not record them, and so those dreams are forgotten now.

This dream was possibly a forgotten dream from another day that I suddenly remembered today while walking in the living room during a thunderstorm.

END_OF_DOCUMENT_TOKEN_TO_BE_REPLACED 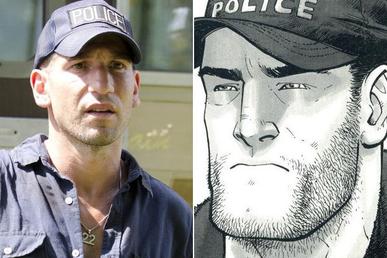 I had difficultly/a hard time/problems trying to go to sleep last night at first because I kept feeling like I was losing blood circulation or something strange like that but eventually I was able to go to sleep, I woke up to use the bathroom two times, and I barely remember part of three dreams.

In the first dream I remember riding a kick scooter during the evening or night in the city of D on my way back to my parent’s house, as I was passing the train tracks near the A Plant I remember passing a man who(m) I recognized from a past dream or several past dreams who was riding a skateboard and he had whitish colored skin and he was bald I think, and we greeted each other and we said a few words to each other as we passed by each other; and we said goodbye to each other and we kept going in opposite directions.

There was no automobile traffic on the street and there was almost no one outside, so it was nice being able to ride the kick scooter down my grandfather’s street in peace, and I walked across the field by my parent’s house holding the kick scooter over my shoulder as my brother’s pet dogs watched me from inside the yard; and I went through the double gates of my parent’s yard near the end of my parent’s street, and I went inside my parent’s house after noticing that the abandoned mobile home across the street was gone except for a fictional small shack-like house that was the original house that used to be connected to the mobile home.

I remember talking to my brother GC about the shack-like house and he wanted to go explore it and so we went to explore it, I remember us looking in the backyard first, and all the trash cans and other objects left behind were dug into the ground separately where the top of each trash can/object was even/level with the ground; and it seemed that this was done to help prevent the wind/storms from blowing/throwing the objects around and to decrease the chance(s) of people messing with/stealing the objects/trash cans.

The second dream once again took place in my parent’s yard during the evening or night but I am not sure if my family was there or not, I just remember seeing a group of mostly unknown men being led by Rick Grimes from the TV show The Walking Dead in the yard near the side of the house closest to the living room, and they had Shane Walsh from the TV show The Walking Dead chained up as a prisoner because it seemed that he had committed some crimes and he was too dangerous to let free; but I am not sure if they were all together trying to survive from zombies or not, probably, but I did not see any zombies in the dream.

Rick had two men (a somewhat large/over-fat man with dark brownish colored skin with short blackish colored hair wearing a short winter knit hat/cap and a thin man with whitish colored skin with long blondish colored hair wearing a tall/long winter knit hat/cap) escorting Shane at all times and it was time for him to eat, someone handed Shane some sugarcane-like plant to eat but he would have to break it open to eat what was inside, and I felt that he would try to use it as a weapon; and so I broke up the sugarcane-like plant into smaller pieces for him and I handed it/them to him, when he went to grab the pieces he moved very close to me and it seemed that he was going to try to stab me in the stomach with one of the pieces (we both stared at each other for a moment), but he knew that I was expecting him to try to stab me and that the pieces were too short to kill me and so he stopped his plan to stab me and the two men guarding him.

Rick and the others were very afraid/cautious about Shane, they wanted to do what ever it took to keep him chained and under supervision, and while Shane was eating I moved toward a tall probably wooden structure near where the picnic table should be that was almost taller than the house; and I remember a woman talking with Rick, several of the others, and I and this distracted us from Shane for a moment but then we heard some noise that sounded like a struggle.

We turned to see the two men knocked to the ground and Shane was gone, it was very dark outside and maybe a bit foggy, and so we were not sure where Shane was; and so in a panic and to avoid getting attacked by surprise we started to climb the tall structure to hide on top of it and to get a better view to find Shane, and Rick ordered the two men who got knocked down to search for Shane under the house.

We started debating on how to handle the situation and what we thought/predicted that Shane would do next, but I woke up.

The third and last dream took place during the day at a small fictional library/Goodwill-like store/place (where maybe you could checkout items, rent items, and maybe buy items) that was familiar to me in the dream like I have been to it/there before in one or more past dreams, I even remembered that my family had donated several dark reddish/burgundy colored wooden shelves to the store/place, but my family forgot to remove their stuff from the shelves and so my family’s stuff was still on the shelves; but surprisingly it seemed that no one had bought, sold, stole, or thrown away any of my family’s stuff yet even after one or more dreams of this store/place to my surprise.

My mom was there with me looking around the store/place with other shoppers/people, there were lots of shelves along the walls like book shelves with various items (including books), and the back wall to the left had several windows where you could see the outside to a small alley(way); and it somewhat seemed that we/the building were/was where the BP Library used to be after it burned down many years ago connected to/next to the BB store.

At some point I showed my mom the stuff that belonged to our family that was still on the shelves that we had donated, I asked her to go through the items to pick the items that she wanted to take back home with us, and I would pack them up; and she agreed with the idea but I do not think that she followed my advice but she did look through the stuff, and I remember using one or more large brown paper bags to put my family’s stuff in while my mom was still shopping.

I remember a lot of my dad’s stuff being on the shelves like the custom brownish/blackish colored leather case that holds his high school diploma with his name on it, custom leather Christian bible covers/cases with his name on them, some of his books, some of his old music tapes/disks/records/cassettes/et cetera, old personal objects, et cetera; but there were also some things that belonged to my mom as well like decorations/et cetera, and maybe a few things that belonged to my brothers and/or me.

After packing all the items that I could that belonged to my family I took a break to check out a special self-sleep study-like machine that was on the back wall on the left side of the store/place by the windows, you had to sit at the machine and put on headphones and it would tell what to do and what buttons to press while showing you screens of the various things that it monitored on/from your body/brain/mind/et cetera, and my mom was still shopping/looking around the store/place.

I remember listening to and following the instructions that the self-sleep study-like machine gave me through the headphones, I remember pressing some buttons and looking at some screens that showed the various things that it was monitoring (maybe my pulse, blood pressure, brain waves, temperature, the time, et cetera), and I remember closing my eyes at some point when I was supposed to daydream and/or think and/or take a nap; but the volume on the headphones was very low and I could barely hear the instructions being given, and so I pressed a help button that called technical support and to my surprise two men working as technicians drove up outside the window to help me.

The two men (one with whitish colored skin and the other with medium brownish colored skin) drove up outside the window in maybe a whitish or brownish or blackish colored work van with the logo/symbol of their company on the sides and they both wore a whitish or brownish colored uniform that looked a bit like the UPS (United Parcel Service) uniform but with pants and with maybe a military flat cap/hat-like cap/hat, I opened the window, and they walked me through some diagnostic checks and the checks showed that everything was working properly; and then they checked a few things on the self-sleep study-like machine from the window, and so I walked off briefly to remind my mom to talk to the store about letting us take our stuff back home.

After I finished talking with my mom I waked back to the self-sleep study-like machine but the two technicians were gone, I sat back down at the machine to test the headphones, but I can not remember if the volume was better now or not; and I woke up.