I had more dreams, one of which I woke up remembering & was supposed to record, but I accidentally went back to sleep without recording it; and I forgot this dream.

In my last dream I was at The E House with some other people, we started playing hide-and-seek inside the house, and during this I found a woman with dark-color skin hiding upstairs in a bed (that was her hiding spot).

END_OF_DOCUMENT_TOKEN_TO_BE_REPLACED

I had this dream shortly after going to sleep, in the dream I was at work at The BP Library in a fictional version of The IT Department wearing my cloth face mask like in real life, and then I noticed a female patron with medium-color skin in the hallway who seemed to need help.

I walked into the hallway to see if she needed help, she seemed lost, I asked her if she needed help, and she stopped like something was wrong like she was starting to feel sick; and while this was happening several children with medium-to-dark color skin joined her.

END_OF_DOCUMENT_TOKEN_TO_BE_REPLACED

All that I can remember of this dream is that it took place during the day, and I went to a slightly fictional version of W Park in the city of D.

END_OF_DOCUMENT_TOKEN_TO_BE_REPLACED

All that I can remember of this dream is that I was at work at The BP Library, and I was walking behind the front desk carrying a bowl of something and something else.

My coworker Ms. JM and my female coworker AG were standing and talking behind the front desk as I walked by, AG looked sick, and then she vomited.

END_OF_DOCUMENT_TOKEN_TO_BE_REPLACED 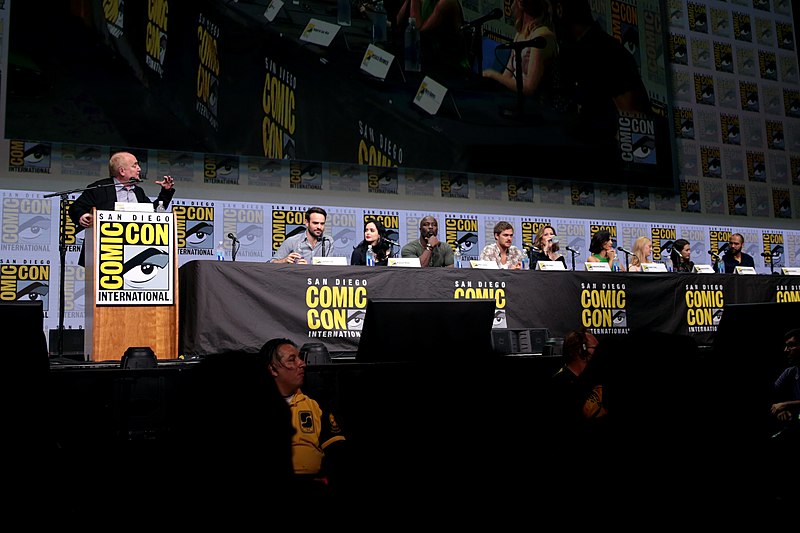 I had more dreams but I did not voice record them and I went back to sleep, and so now I barely remember part of one or two dreams but I am not sure if I was in this dream or these dreams or not but I do know that I was in one or more forgotten dreams.

The next part of the dream or the next dream involved what seemed to be the cast members of The Defenders miniseries voice acting as their characters from that miniseries, and so they were in a studio reading their scripts (lines) into a microphone as a male director with light-color skin directed them.

I remember seeing and hearing the actress Krysten Ritter reading her lines as her character Jessica Jones, and when she reached a certain line she almost vomited.

The director stopped the scene and told her that the writer who wrote the script(s), who was a woman with light-color skin, vomited or almost vomited at that exact line when she was writing and / or reading it which he thought was a strange coincidence.

They started talking about this and how strange that was, but I woke up.