This dream took place inside a building with many people (humans & later what seemed to possibly be various old versions of humans & modified humans & non-humans, some were possibly aliens, and some were possibly human-like entities), and this building felt deep like it was underground with probably different floors that I did not have access to like a hidden secure facility of some kind that we were trapped in (it felt like there was probably almost no way for us to escape).

At some point I found some wood chips covered in a chemical with a very strong smell that made it seem harder to breathe, like it sucked the oxygen from a room, and so some people scattered them in various trash cans outside the various buildings & rooms to try to avoid putting them in one location so that it would not suck out the oxygen & possibly kill people.

END_OF_DOCUMENT_TOKEN_TO_BE_REPLACED 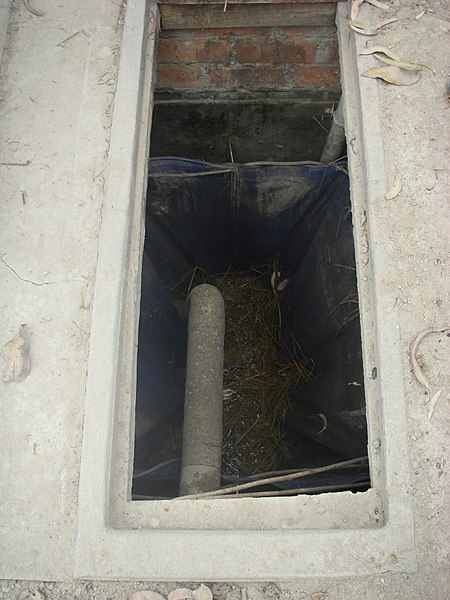 All that I can remember of this dream from last night is that I was not in the dream, and the dream was about a boy who I think ended up being raised by an older man who was probably not related to him but I am not sure what the details were for this.

The dream jumped many years later when the boy was now a somewhat older man whose hair was starting to gray on the sides, and he now looked like the actor Esai Morales or his character Joseph Adama from the television show Caprica and he had a wife and a young daughter.

They lived in an old bare simple small old-style wooden house that was raised off of the ground enough that you could crawl on your needs under the house, and it was during the daytime.

The man who had raised Mr. Morales or Mr. Adama was dead now, and him and his family were doing their private own ceremony / funeral and burial for him at their home and so only the three of them were there.

The old man’s body was probably wrapped in something that was biodegradable, after they finished the talking parts of their ceremony / funeral they opened an area of the floor in the middle of the house, and you could see the ground below their house with a box (possibly cardboard) or a thin biodegradable coffin with no top or something like that with maybe some sawdust in it.

Mr. Morales or Mr. Adama said a word that I did not know where he said that the old man had wanted something that sounded like maybe a palpatine burial or a palatine burial.

They lowered the old man’s body in the box and they scattered some sawdust-like stuff on it, they said something, and then they started covering the body with woodchips.

My guess was that this was a natural burial that was going to use a compost method so that the body could quickly and naturally decompose, including the box, and would become basically dirt underneath the house that would become part of the Earth and natural cycle again.

I would have just called it a compost burial so I wondered what did they mean by palpatine burial or palatine burial, but I woke up.

This dream is unclear but I think that I was in a room with one or more family members, and I was watching something on television that was shown several times in the dream.

It was an interesting short television program that reminded me of something from the 1970s that joined various styles together including a combination of British and Canadian and American television and each time that the program was shown I noticed slight difference each time, and one of the main characters was a man who somewhat reminded me of the actor William Shatner and he probably sometimes used a spoken word style during some scenes.

At some point a woman entered the room and I started talking with her and telling her about the television program, I then noticed that the curtains were open and that it was night, and so I walked to the windows to close the curtains.

I noticed an open window and next to the window was a bed that my mom was sleeping in, I had not known that she was there before, and she woke up so I told her that I was closing the window and the curtains.

I heard a lawn mower outside, in the yard or yards behind my parent’s house, I saw our neighbor Mr. RD cutting grass using a riding mower even though it was probably late at night which was strange and confusing to me even in the dream.

I then returned to talking with the woman and watching the television program with her, this time I tried to be more quiet to avoid disturbing my mom, and during one scene in the program I noticed that during the third time that this program was shown there was a difference in one scene where a woman carried a man to run away from something but in the earlier time that this program was shown it was the man who carried the woman.

This is when I realized that each time that this program was shown that there would be slight differences each time, which I thought was pretty cool, and the woman and I talked about this.

I do remember another part of the television program where the man and woman were in a dark warehouse-like building with many traps and other types of threats that they had to avoid and disable as they moved through the building.

Some of the traps included laser trip land mines and other types of traps, and some of the threats were possibly living threats but I can not remember.

I remember the man and woman moving slowly and cautiously disabling and avoiding various traps and threats as they tried to make their way to the next room, but I woke up.